Sharon and I stumbled on this marker while we were out walking on Friday night at Sea Ranch. Having run this section of the trail repeatedly over the last few years, I believe that this marker was added in the last year.


The Bane Bill
Marker 34A-42
See this location on Yahoo Maps in Flickr
See this location on Google Maps
This site is located on the Bluff Trail south of Pelican Court in Sea Ranch, California. The Sea Ranch Archives Committee has identified twenty-six historic sites scattered about The Sea Ranch. They have constructed trail markers with information explaining the significance of each place. They were placed as part of The Sea Ranch 50th anniversary being celebrated from Memorial Day 2014 to Memorial Day 2015. The GPS coordinates for this location are 38° 44' 15.2" N 123° 29' 41.9" W. 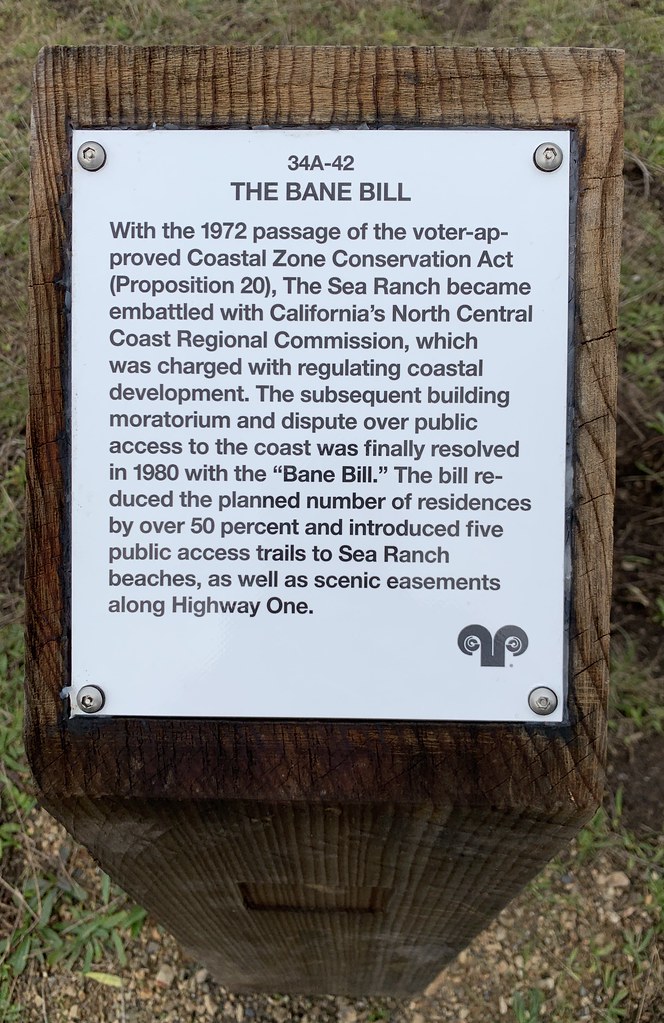 With the 1972 passage of the voter-approved Coastal Zone Conversation Act (Proposition 20), The Sea Ranch became embattled with California’s North Central Coast Regional Commission, which was charged with regulating coastal development. The subsequent building moratorium and dispute over public access to the coast was finally resolved in 1980 with the “Bane Bill.” The bill reduced the number of residences by over 50 percent and introduced five public access trails to Sea Ranch beaches, as well as scenic easements along Highway One. 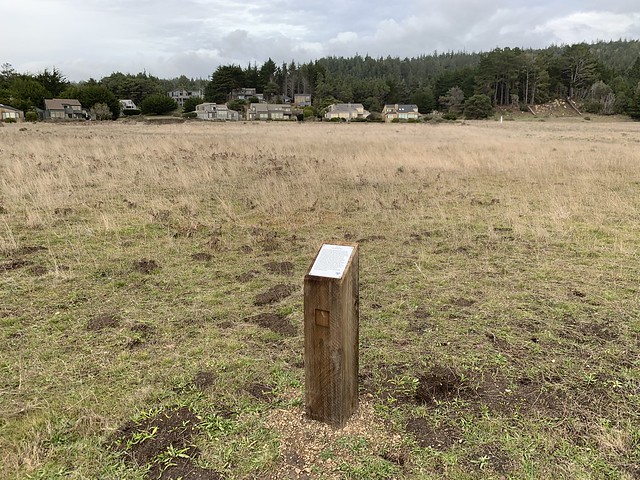