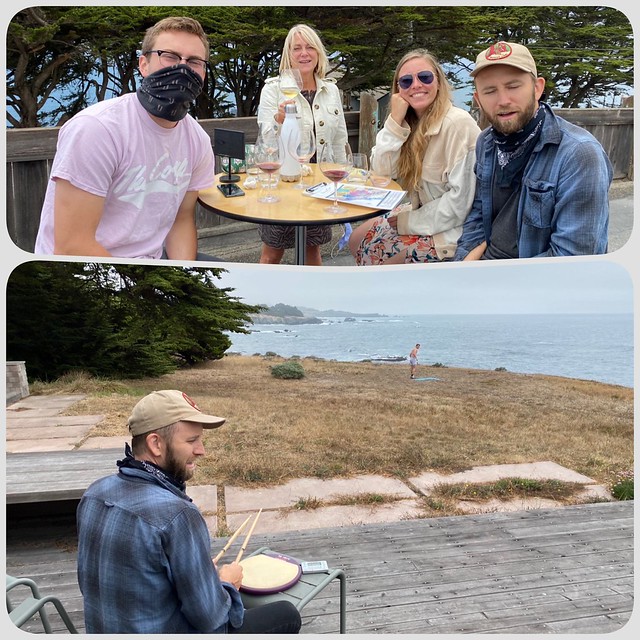 We spent a couple of hours getting packed up and loading the cars.  We have an amazing array of stuff, including three inflatable kayaks, five sets of golf clubs and three bikes.  Thankfully, both Drew and I have SUVs.

We rolled from the house about 9:40 am.  Waze routed us through a part of Petaluma that we haven't been through before and on to Highway 101 north before turning west to Bodega Bay.

Sharon made a 12:30 pm reservation for a wine tasting at the Sonoma Coast Vineyard.  Afterwards, we stopped at Tides Wharf Fish Market for some smoked salmon.

We hit Gulala about 3:30 pm.  After doing some shopping for a few more things, we picked up the key and headed to the rental.  We are spending the week at Sculpture Point.  I will post some observations about the house in a future post.

After getting settled into the house, Sharon, Drew and I did a couple of mile walk along the bluffs south of the rental.  The weather was beautiful.

Sharon brought a lasagna that she made earlier in the week for dinner.  It was a nice dinner of pasta, bread and salad.

Jack, Drew and I finished the night playing an extended game of Catan.  Drew won. 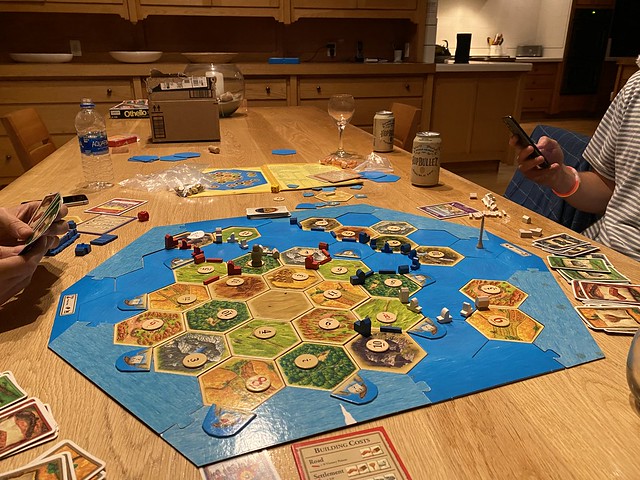