Drew, Sharon and I started the day walking north along the bluffs.  When they turned back, I started running.  My goal was a historical marker that I had seen on a map.  I crossed Highway 1 and climbed a hill near the equestrian center. Once I got to the historical marker, I decided to go a little farther to add some mileage.  I ended up climbing Hugal's Ravine.  Sharon and I hiked this area with the Sanborns.  In total, I covered just over five miles.  It was the first time that I have ever run on the east side of Highway 1.

The plan for the day was multi-faceted and complicated.  Sharon planned a surprise birthday and graduation party for Jack.  While Sharon and Shannon went to Point Arena to pick up a cake for the party, I took Jack and Drew to the driving range.  The three of us hit a number of buckets of ball and then putted and chipped.  I was very happy with how I hit the ball.

With everyone back at the house, I went into Gualala and picked up lunch from the Seafood Shack.  I had a Tuna melt, while Sharon had fish and chips.  We discovered this restaurant in January.  I am glad to see that it is still in business.

After lunch, Sharon, Jack, Drew and I loaded up the kayaks and headed to the Gualala River.  Once we got there, Sharon said that she had a w0rk emergency and headed back to the house to decorate for the party.

Drew, Jack and I took the kayaks up the Gualala River.  We had to portage across three shallow areas.  We had a great time.  Jack ended up climbing up a tree in the river and jumping in the water just as we were turning around.

In a twist of fate, Drew poked a hole in the bottom of his kayak on a submerged tree.  He was able to make it back to the car with just the air in the sides of the kayak.  Jack noted that if we were taking bets that I would have probably bet that he would have been the one to poke a hole in the kayak!

I really enjoyed the afternoon kayaking with the two of them.

Afterwards, the three of us stopped at the Surf Market to buy steaks for dinner.  When we got back to the house, Jack was initially miffed at the decorations.  He settled down fairly quickly and enjoyed the rest of the evening.

After presents, I barbecued the steaks.  We had a nice dinner of steaks, baked potatoes and salad.  Unfortunately, I cooked the steaks a little much for Sharon's taste...

We finished the night watching the first half of Hamilton on Disney+.  Drew and Morgan had never seen it. 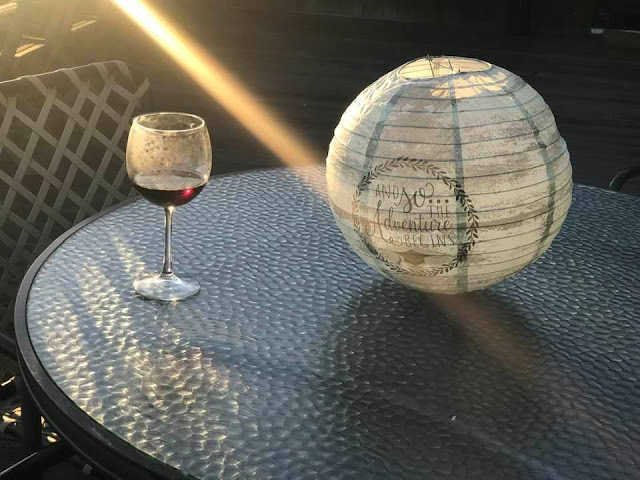 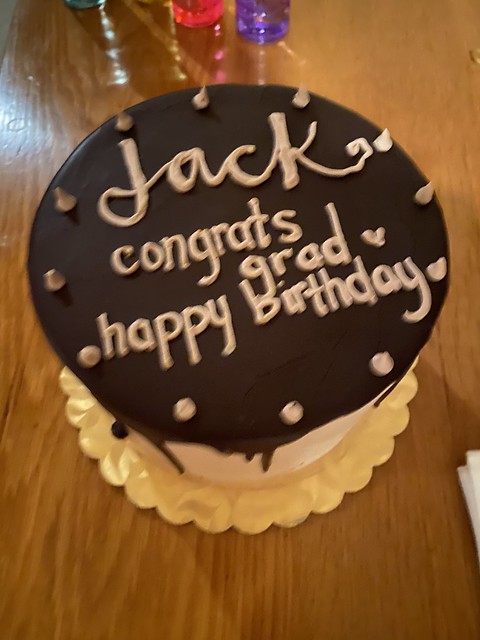