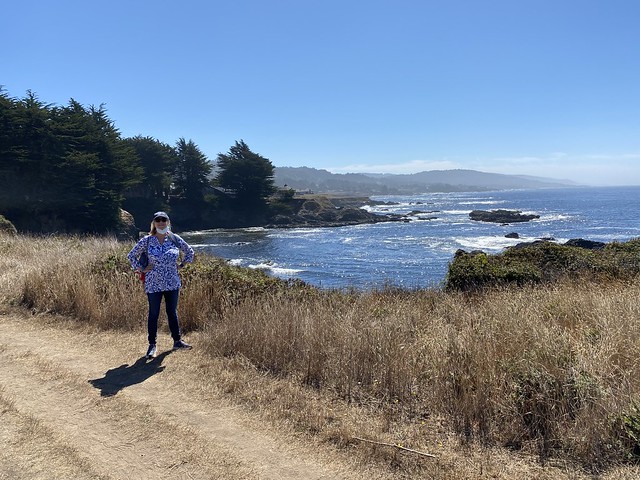 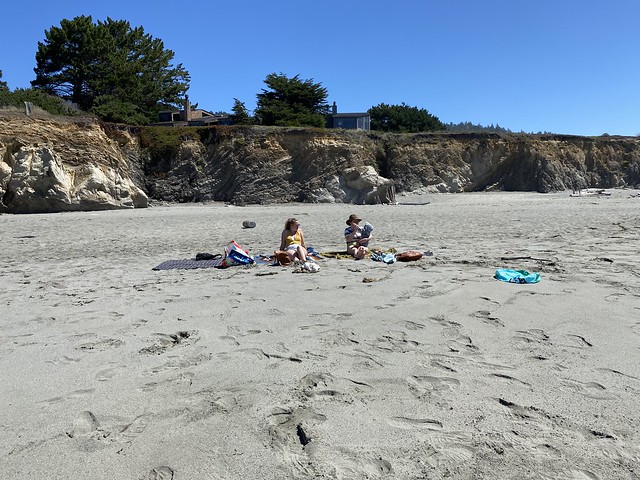 The plan for the day was another trip to the beach.  After a breakfast, Sharon and I hiked north along the bluffs.  The kids were going to drive and park.  We were all going to meet at the Walk On Beach.  Sharon and I covered just over 4.5 miles in just under an hour and a half.

With some confusion about who was where, we ended up meeting the kids at a small beach just north of the Walk On Beach.  After hanging out at the beach, we walked back to the cars and headed home.

We had a late lunch followed by the slowest afternoon of the week.  While Morgan was working on a project for school, we hung out with Lee.  It was very nice opportunity to interact with him.

Drew, Jack and I played a fog island version of Catan.  For the first time in probably almost a dozen games against Jack and Drew, I won!

Everyone spent time in the hot tub.  At some point, I sat on the bluff with Drew while he played trivia via Zoom with Kyle et al.

For dinner, Sharon and I drove into Gualala and got curbside take out from the Vue Kitchen.  Sharon and I had a very nice dinner there when we were at Sea Ranch in January.  I had Braised Short Ribs [Burgundy braised beef short ribs, garlic mash, bacon and seasonal vegetables], while Sharon had Tipsy Sardinian [fish, prawns served in spicy vodka sauce with sun dried tomatoes and saffron cream linguini].