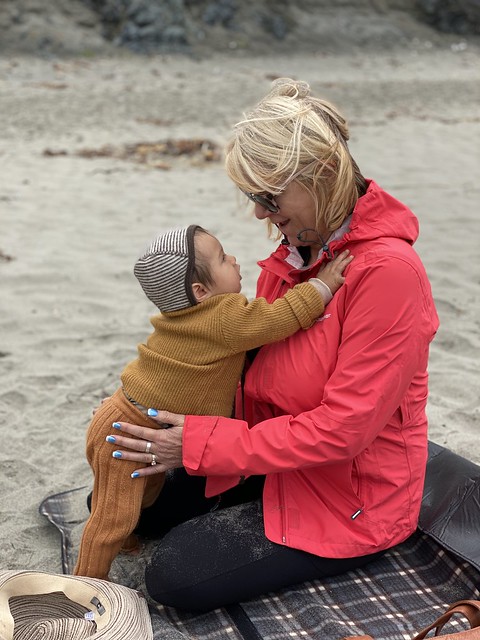 I took an early morning run south along the bluffs.  I ended up going all the way to a coastal access parking lot just north of the lodge.  The lodge was closed when we were here in January and is still closed.  On my back, I took the Sea Meadow trail and then went a mile beyond the house.  In total, I ran just under six miles in an hour and fifteen miles.

We had a little bit of a lazy morning.  As a nice surprise, sitting on the bluff, we could see whales.

The plan for the day was to take Lee to the beach.  We loaded up everyone, except Jack, and headed to Black Point Beach.  I ran by this beach during my morning run.  We headed up spending about an hour and a half lounging and exploring the beach.  Lee had a great time playing in the sand and trying to eat sea weed.

After a late lunch, Sharon and I took the bikes out.  We rode north.  We turned around after exploring Pelican Reach.  We stayed at house on this street.  In total, we covered more than eleven miles.  Next week, I am going to pull together a Google map that shows all of the hiking, running and biking that we did on this trip. 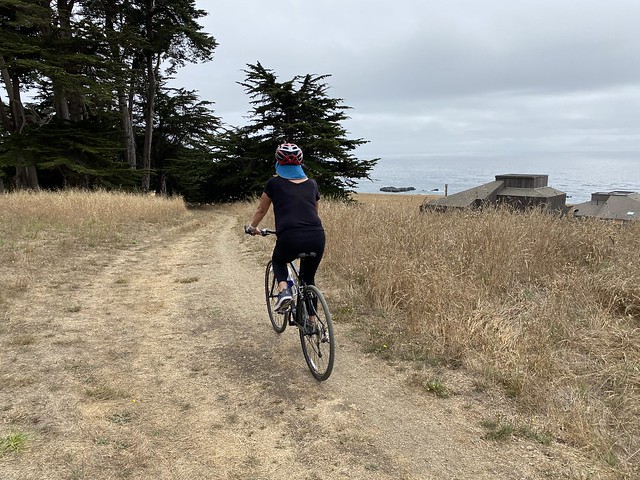 We spent some time in the late afternoon enjoying the hot tub.  Eventually, I wandered into town to the Surf Market and bought locally caught salmon for dinner.

Morgan cooked the salmon and pulled together a salad, while Shannon and Drew made risotto.  It was very late by the time we ate dinner.

We finished the night playing Unstable Unicorns.  I thought that I had won the game, but Sharon "super neighed" me.  Jack won in the same round.  It was almost midnight by the time we got to bed.