Up at 7 am, Sharon and I packed up some of our stuff. Keeping the hotel room, we are heading out to Chincoteague Island to spend a couple of nights with the Nooters. They have rented the Inn at Poplar Corner for ten days. We were in the car and heading out about 9:20 am.

With a short stop for gas in Cambridge, we were on Chincoteague Island about 1:30 pm. Struggling to find somewhere for lunch, we ended up eating at AJs on the Creek. We both ended up having a flounder sandwich.

After lunch, we headed onto Assateague Island. We parked and walked on the beach. We hike on the Woodland Trail to the observation deck and along the Bivalve Trail to Tom's Cove. We saw the ponies in the distance from the observation deck. Before heading back into town, we drove around Snow Goose Pond. 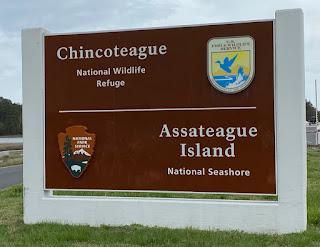 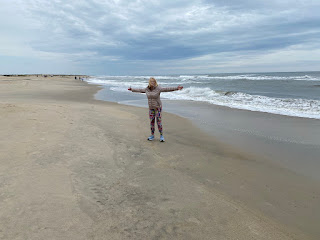 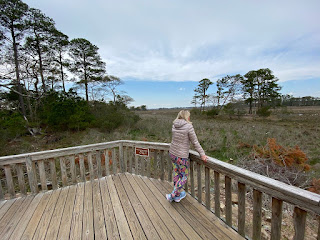 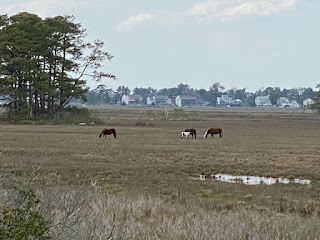 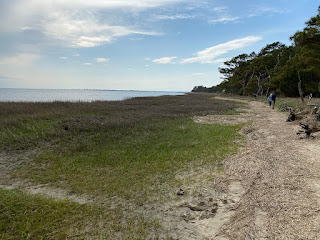 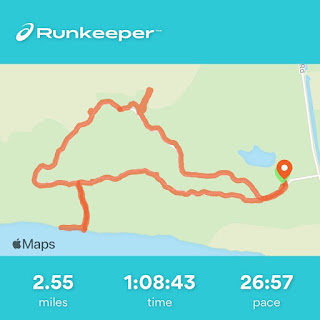 Eventually, we walked into the historic downtown and had a late dinner at Don's Seafood Restaurant. The four of us split a dozen and a half of oysters. This was one of the worst meals that I ever had. I ordered a linguine and clams special. What I got was some microwave pasta with no sauce with some clams on top. I should have sent it back, but was tired, hungry and feeling under the weather.