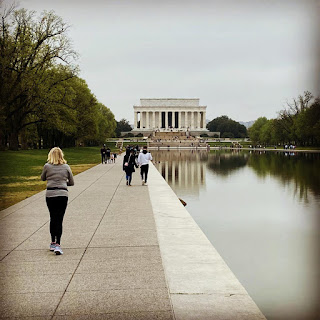 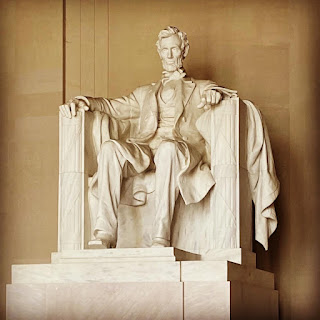 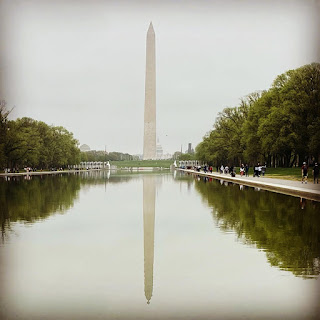 Moving slowly from the time change, Sharon and I wandered around looking for coffee and some breakfast. She wanted to go to Compass Coffee, but we couldn't find one open. We ended up at Starbucks.

After breakfast, Sharon and I did a 3.5 mile walk and run from the hotel. We looped up to Lafayette Park, pass Old Ebbitt Grill, around the Washington Monument, pass the World War II Memorial, along the Reflecting Pond and up the steps of the Lincoln Memorial. From there we headed back to the hotel.

The plan for the afternoon was shopping. Picking up Jack, the three of us headed to Trader Joe's to buy groceries for the week. After dropping the food at Jack's place and our hotel, we headed to Target. Sharon and Jack bought a bunch of stuff in Bed Bath and Beyond and Target for Jack's apartment.

Heading back to Jack's apartment, we actually found a parking spot on the street. The three of us carried a load up to his studio apartment.

Scrambling back to the hotel to get cleaned up, Sharon and I caught an Uber to meet Jack and Sophia for dinner at The Imperial. We split some appetizers of lobster deviled eggs and oysters. For entrees, Sharon and Jack had Beef Wellington [roasted fingerling potatoes, black truffle jus], Sophia had Lobster Risotto [arborio rice, lobster emulsion, tarragon creme fraiche] and I had Pan Seared Atlantic Scallops [charred baby carrots, celeriac purée, pepita pistou]. Neither Sharon, Jack or I were very enhaused about the restaurant.

Jack came back to the hotel with us, while Sophia headed home. Jack and I ended up watching the Sacramento Kings versus Utah Jazz game on my laptop until almost midnight. The Jazz ran away from the King in the fourth quarter and won by the score of 128 to 112.