After I got home from running the half marathon, we took off for the cub scout picnic and raingutter regatta. The kids had a potato sack race, threw wet sponges at each other and played football before lunch.

After lunch, the pack held the raingutter regatta. As you can see from the picture of all the boats, Jack had the only catamaran. Originally, I was going to see if they would let Jack race both his traditional and catamaran boats. Due to the seeding, they made him pick one boat to race. He choose the catamaran.

Jack raced four times and won all four races. He got better and better with the boat as the day went on. In his second race, he blew into the sail and the boat went almost half way down the course; there was an audible grasp from the group. Jack won first place in his bear den.

It will be interesting to see whether or not the pack decides to institute rules that outlaw catamarans next year. One of the parents from our den kidded that there would be a "Heringer Rule" next year.

After the boats race, the kids had an ice cream sundae eating contest in which they were not allowed to use their hands! 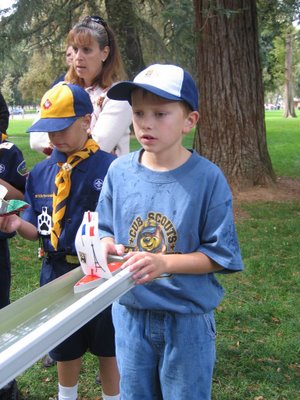 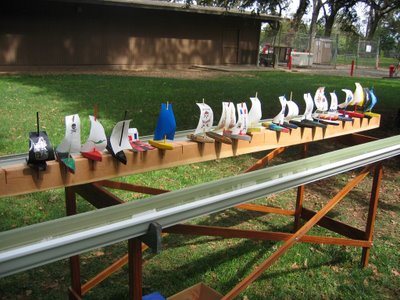 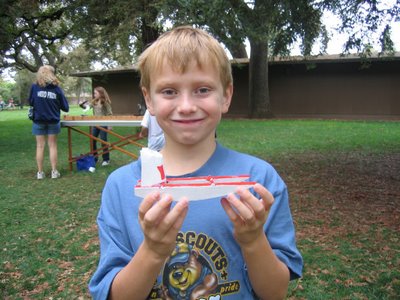