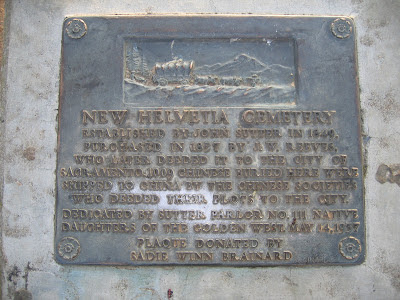 Established by John Sutter in 1849. Purchased in 1857 by J.W. Reeves, who later deeded it to the city of Sacramento. 1009 Chinese buried here were shipped to China by the Chinese Societies who deeded their plots to the city. 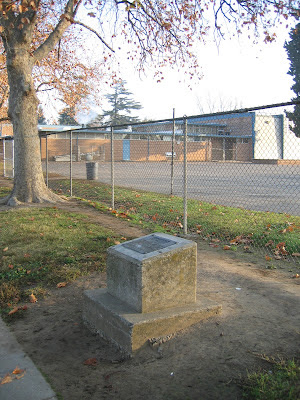 The Helvetia Cemetery was located on the property which is now Sutter Junior High School, 3105 I Street, Sacramento.

Between the dates of October 12, 1955, and March 27, 1956, all of the human remains were removed from the old Helvetia Cemetery at Alhambra Boulevard and J Streets, formerly known as the New Helevtia Cemetary. The bodies were relocated to the Sacramento City Cemetery, St. Joseph’s Cemetery, the Masonic and the I.O.O.F. and East Lawn Cemetery.

According to a newspaper report, 5,235 bodies were found and another report indicates that approximately 1,000 Chinese had been buried there.