This landmark is located in Walerga Park at the northwest corner of Palm Ave and College Oak Drive Sacramento, California. There are 57 other California State Historical Landmarks in Sacramento County The GPS coordinates for this location are N 38° 40.102 W 121° 21.079.

You can log your visit to this site at waymarking.com. 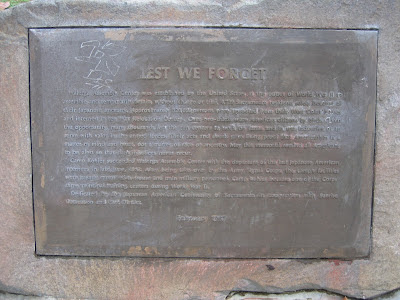 Lest We Forget
Walerga Assembly Center was established by the United States at the outset of World War II to aseemble and temporarily detain, without charge or trial, 4,739 Sacramento residents solely because of their Japanese ancestry. Approximately 120,000 persons were uprooted from their West Coast homes and interned in ten war relocation centers. Over two-thirds were American citizens by birth. Given the opportunity, many thousands left the ten centers to work on farms and in war industries or to serve with valor in the armed forces. Their acts and deeds gave living proof that Americanism is a matter of mind and heart, not a matter of race or ancestry. May this memorial remind all Americans to be alert so taht such injustices never recur.

Camp Kohler succeeded Walerga Assembly Center with the departure of the last Japanese American internees in late June, 1942. After being taken over by the Army Signal Corps, the camp's facilities were greatly expanded to house and train military personnel. Camp Kohler became one of the Corp's three principal training centers during World War II.

Dedicated by the Japanese American Community of Sacramento in cooperation with Sunrise Recreation and Park District. 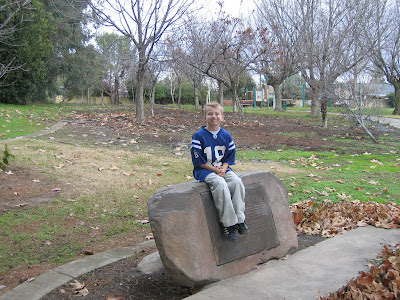 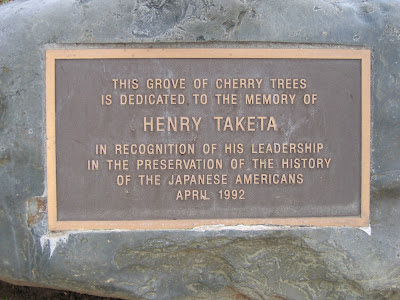 The temporary detention camps (also known as 'assembly centers') represent the first phase of the mass incarceration of 97,785 Californians of Japanese ancestry during World War II. Pursuant to Executive Order 9066 signed by President Franklin D. Roosevelt on February 19, 1942, thirteen makeshift detention facilities were constructed at various California racetracks, fairgrounds, and labor camps. These facilities were intended to confine Japanese Americans until more permanent concentration camps, such as those at Manzanar and Tule Lake in California, could be built in isolated areas of the country. Beginning on March 30, 1942, all native-born Americans and long-time legal residents of Japanese ancestry living in California were ordered to surrender themselves for detention.

Constructed at a migrant workers camp 15 miles northeast of downtown Sacramento, this assembly center was also known as Walerga. It was occupied for 52 days, from May 6 to June 26, and held a total of 4,770 persons, with at maximum at one time of 4,739. Evacuees were from Sacramento and San Joaquin counties. Aerial photographs indicate there were 11 blocks with over 225 buildings; one block was likely devoted to the military police and administration. Once the center was closed, it was turned over to the Army Signal Corps and became the basis of Camp Kohler.