After finishing up the first flag football game of the season, Jack and I rushed off to meet a group at Laguna Pizza to Celebrate Jack's 11th birthday. In an attempt to keep the event manageable, we invited only four other boys (Tim, Niko, Breyton and Josh).

The boys spent an hour at Laguna Pizza having pizza and playing video games. Most of the games gave tickets for different scores. At the end of the hour, the boys turned their tickets in for an assortment of prizes; this was much easier than making goody bags for the party! 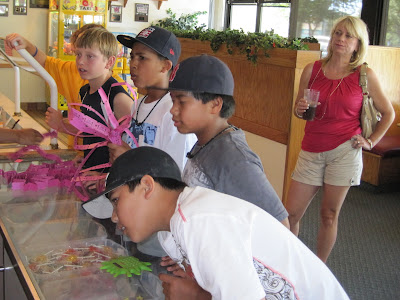 From there, we took the boys to DreamXtreme. They spent an hour playing dodge ball on the trampolines. DreamXtreme has a 75’ x 80’ arena surrounded by trampolines and padded frames.

They then spent an hour on the FlowRider. The FlowRider at Dream Xtreme is Northern California’s first indoor surf simulator. 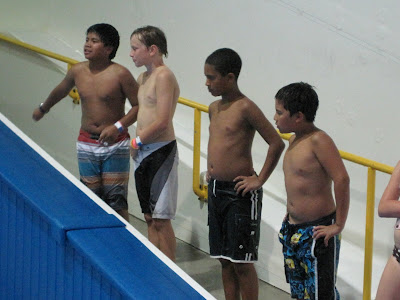 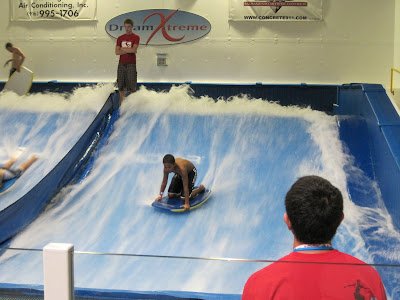 I have videos of the boys riding the FlowRider that I will post over the next several days.