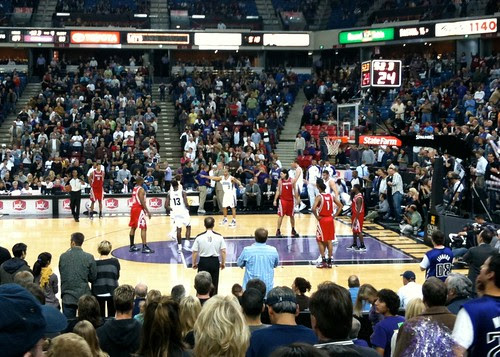 After watching parts of the last three home wins on television, this is the first game that I have seen in person this season. I am pleasantly surprised to find this a very fun team to watch. Unlike the mishmash of players over the last three years, this is team built on a group of very young players. It is the second youngest team in the league.

In a very close game, the Kings beat the Rockets by a score of 109 to 100. Jason Thompson had a career-high 27 points and added 11 rebounds for the Sacramento Kings. Beno Udrih scored 22 points, while Tyreke Evans added 20 points.

Without Yao Ming, the Rockets are an undersized team. The Kings took advantage on the boards. At one point in the first half, Jack and I looked at the scoreboard and the Kings were outrebounding the Rockets by a total of 25 to 9. For the game, the Kings outrebounded the Rockets by 54 to 35.

For the Rockets, I was very impressed with Trevor Ariza. He had 28 points on 10 for 21 from the floor and 4 for 4 from the line. Ariza was very active defensively making 5 steals over the course of the game. I still do not understand why the Lakers did not try to resign him. 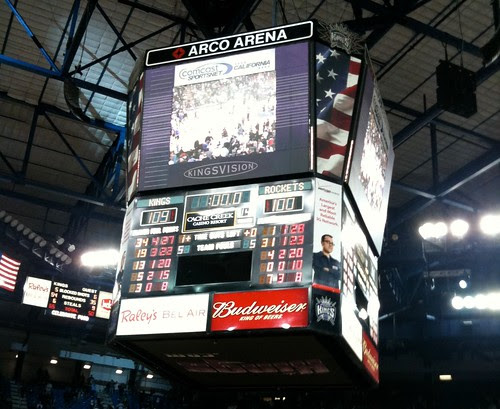