While Jack worked at a Special Olympics softball tournament, I ended up following the railroad tracks to Auburn. I had originally intended just to look for the transcontinental railroad historical marker in Roseville, but ended up leapfrogging from Roseville to Rocklin to Newcastle to Auburn. Along the way, I also stopped at California Historic Markers for the Griffin Quarry, the town of Ophir and the City of Auburn. 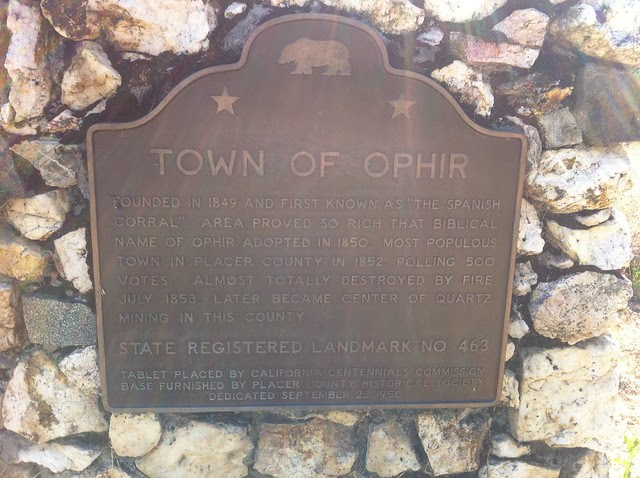 Founded in 1849 as 'The Spanish Corral,' Ophir received its Biblical name in 1850 because of its rich placers. The most populous town in Placer County in 1852, polling 500 votes, Ophir was almost totally destroyed by fire in July 1853 but later became the center of quartz mining in the county. 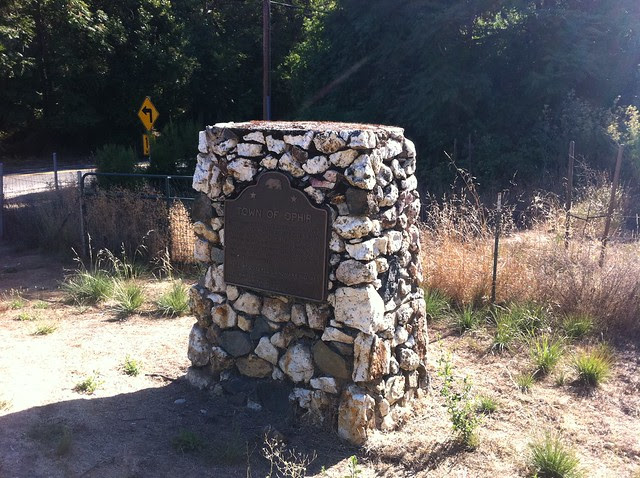