Beginning in late 2009, ESPN ran a series of 30 documentaries to celebrate its 30th anniversary; they called the series 30 for 30. Each of the films was produced by an all-star filmmaker. I published an episode guide for the series here.

This week's Starbucks iTunes Pick of the Week is one of the 30 for 30's: Winning Time: Reggie Miller versus the New York Knicks. I ranked Winning Time second of out of the 30 films! An ESPN online survey of more than 22,000 people ranked the documentary fourth of the 30 films.

My thoughts after seeing Winning Time in March 2010 are here. 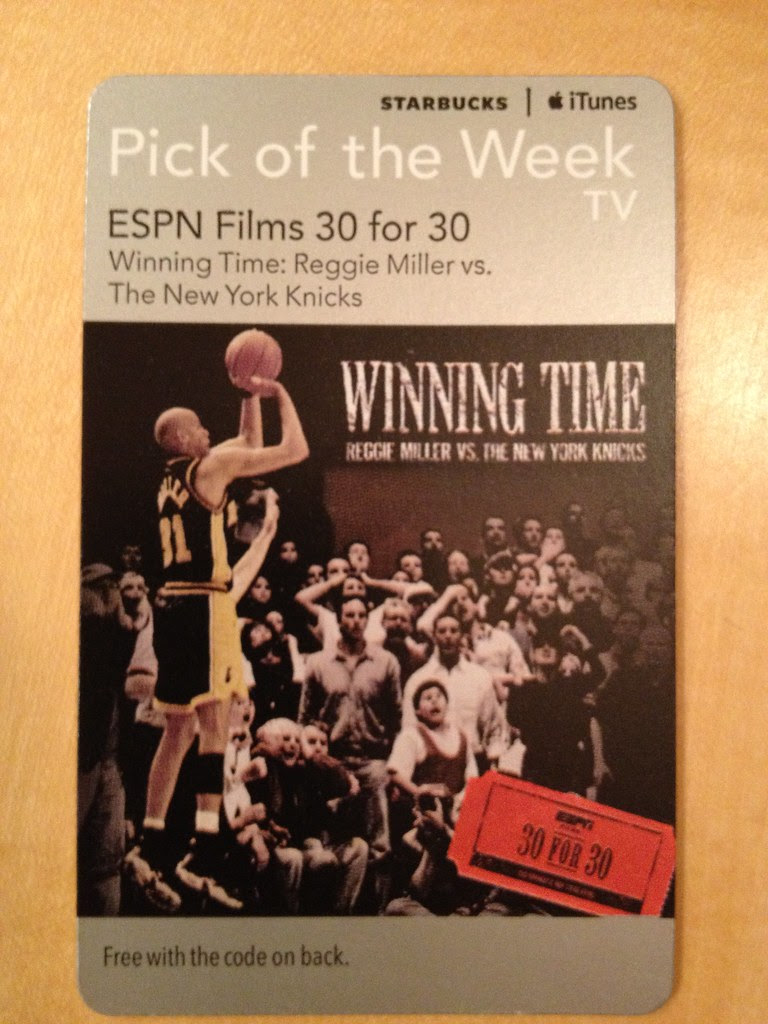