Reading about Thomas Starr King after visiting his sarcophagus, I was surprised to read that a statue of him had originally been in the National Statuary Hall Collection in the United States Capitol. It was replaced by a statue of Ronald Reagan in 2009 and moved to the grounds of the California State Capitol in Sacramento. I went looking for it... 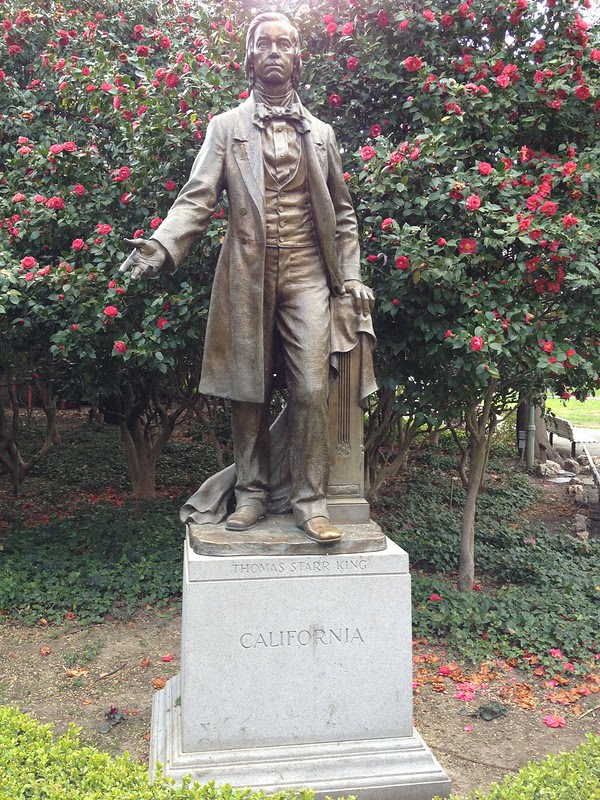 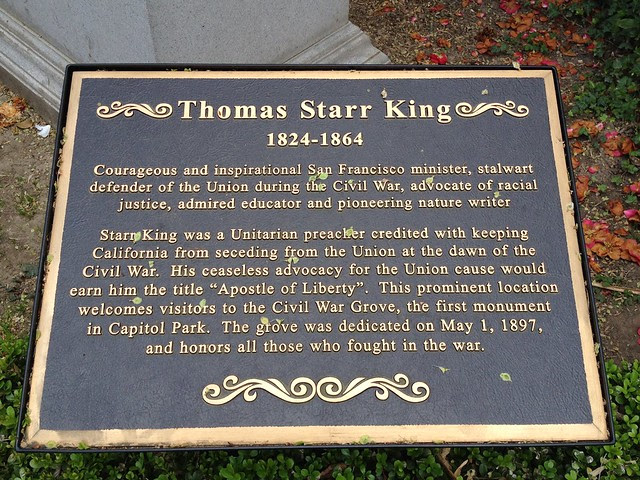 Starr King was a Unitarian preacher credited with keeping California from seceding from the Union at the dawn of the Civil War. His ceaseless advocacy for the Union cause would earn him the title "Apostle of Liberty." This prominent location welcomes visitors to the Civil War Grove, the first monument in Capitol Park. The grove was dedicated on May 1, 1897, and honors all those who fought in the war.
By Heringer at 3/27/2012 11:59:00 PM