Buckland's Station
Nevada Historical Marker #192
See this location on Yahoo Maps in Flickr
See this location on Google Maps
This landmark is located at the southeast corner of Highway 50 and Dayton Valley Road in Dayton, Nevada. There are 18 other historical markers in Lyon County. The GPS coordinates for this location are N 39° 17.654 W 119° 15.106. 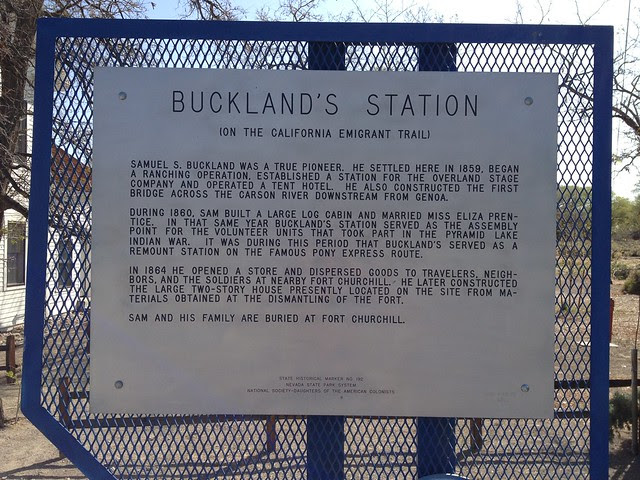 BUCKLAND’S STATION
(ON THE CALIFORNIA EMIGRANT TRAIL)
Samuel S. Buckland was a true pioneer. He settled here in 1859, began a ranching operation, established a station for the Overland Stage Company, and operated a tent hotel. He also constructed the first bridge across the Carson River downstream from Genoa.

During 1860, Buckland built a large log cabin and married Miss Eliza Prentice. In that same year, Buckland’s Station served as the assembly point for the volunteer units that took part in the Pyramid Lake War. It was during this period that Buckland’s served as a remount station on the famous Pony Express route.

In 1864, Buckland opened a store and dispersed goods to travelers, neighbors, and the soldiers at nearby Fort Churchill. He later constructed the large two-story house, presently located here, from materials obtained at the dismantling of the fort.

Buckland and his family are buried at Fort Churchill. 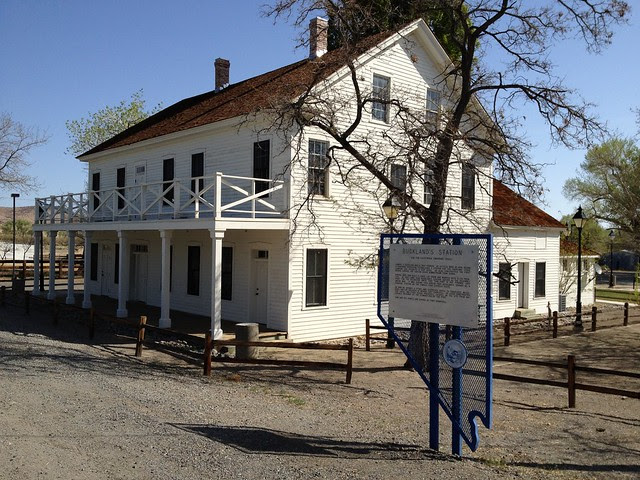