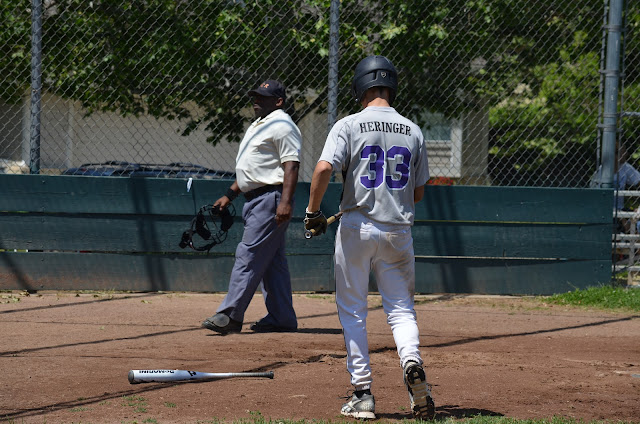 The Outlaws played their fifth game in the AAU Delta Valley League against the 14U Gunners. One of the players on the Gunners--Cobie--played with Jack on the Laguna Youth Baseball Angels team two years ago.

At the plate, Jack was 1 for 3 with a run scored. In his first at-bat, Jack struck out looking on a 0 and 2 pitch. He grounded out to the second baseman on a 1 and 1 pitch in his second plate appearance. Jack spent the rest of the muttering about what a horrible at-bat this was... Jack crushed a 1 and 1 pitch into left center for a double in his third at-bat. He went to third on a wild pitch and then scored on an error by the pitcher.

In the field, Jack played four innings at first, two innings at third and one inning at shortstop. He had five put-outs, one assist and an error. Jack made a very nice catch on a high pop-up behind first base in the second inning. At shortstop, He also made a shoe top catch on a soft line drive hit up the middle. At third base, Jack charged a slow roller to his left and made a nice throw to first to get the out. He also had put-outs at first on throws from the third baseman, shortstop and pitcher.

In the third inning with a runner on first, a slower roller was hit in the infield. The pitcher handled the ball and threw to Jack at first for the out. The Outlaws third baseman had charged the ball, but then didn't retreat back to the base. The runner on second headed to the vacant third base. Jack tried to lead Cooper to third base with a throw that ended up getting by him and the runner scored. I charged Jack with the error.

With two out in the third inning, the Outlaws pitcher walked two batters and hit two more. The Outlaws ended up giving up five runs in the inning and losing the game by the score of 6 to 2. The box score is here.

The Outlaws turned around and played the South County Bulldogs in the second game. We stayed only long enough for Jack to get one more at-bat. He walked and ended the inning at first. The Outlaws eventually lost the game by the score of 4 to 3. 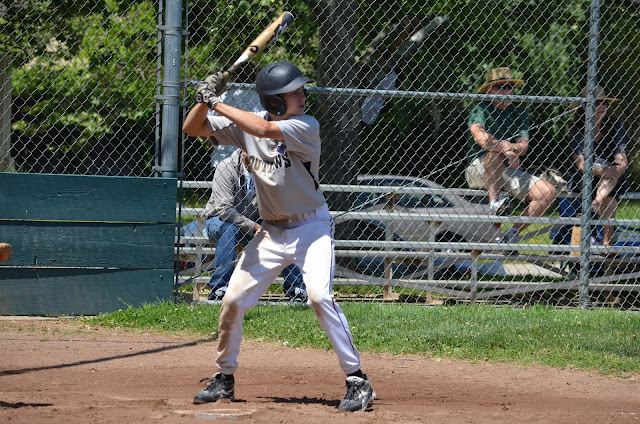 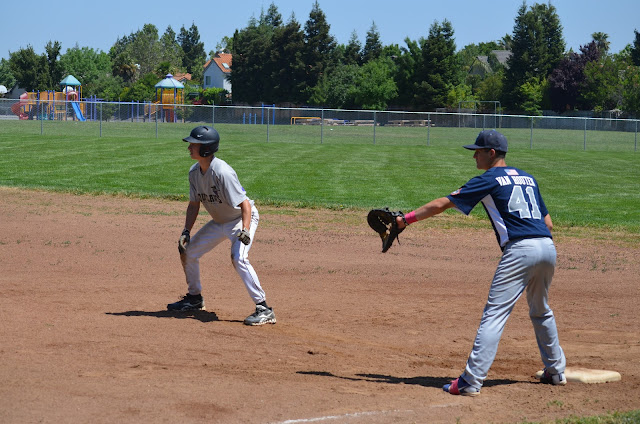