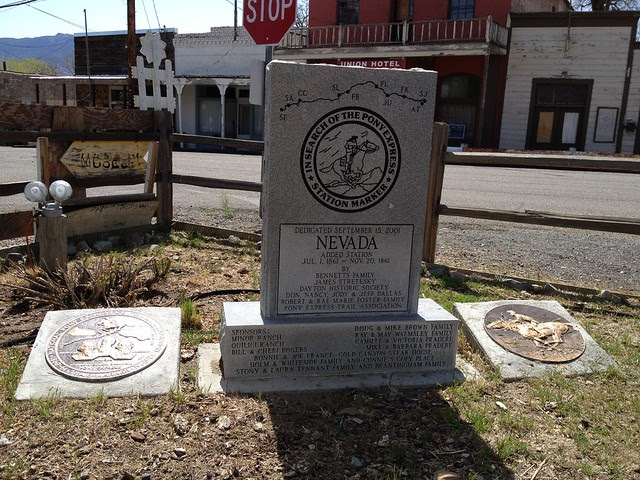 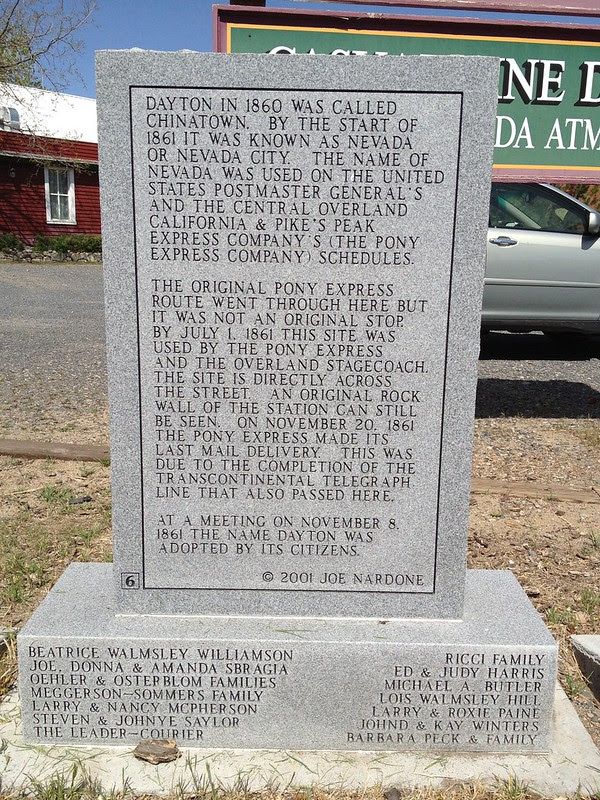 Dayton in 1860 was called Chinatown. By the start of 1861, it was known as Nevada or Nevada City. The name of Nevada was used on the United States Postmaster General's and the Central Overland California & Pike's Peak Express Company's (the Pony Express Company) schedules.

The original Pony Express route went through here but it was not an original stop. By July 1, 1861, this site was used by the Pony Express and the Overland Stagecoach. The site is directly across the street. An original rock wall of the station can still be seen. On November 20, 1861, the Pony Express made its last mail delivery. This was due to the completion of the transcontinental telegraph line that also passed here.

At a meeting on November 8, 1861, the name Dayton was adopted by its citizens. 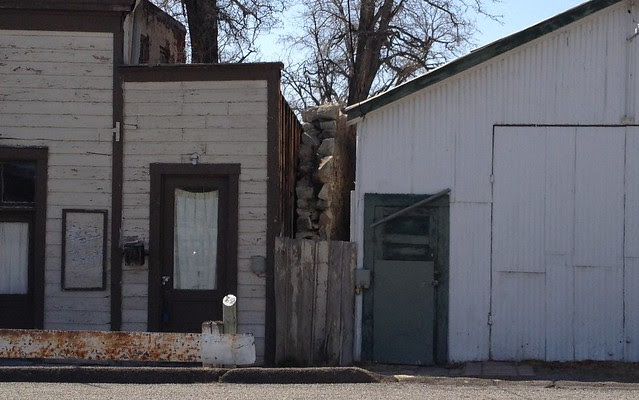