Sharon and I have made it a tradition to host a fall dinner party [2011, 2010, 2009, 2008, 2007, 2006, 2005, 2004, 2003]. This year, the group included the Gainsleys, Sanborns, Larkins, Deborah and her date [Mike]. Janie was invited, but was delayed getting back from an east coast trip. This was the first time that the Larkins and Deborah have been to the new house. Although we usually have the party in early October, we ended up switching it to the last weekend of the month due to Homecoming. 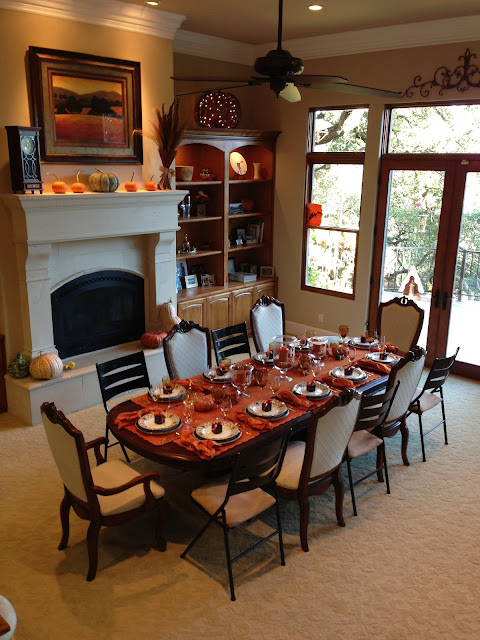 Sharon made a great dinner of Prime Rib. The full menu is here. Struggling with a couple of things, including one of the rotisseries, I didn't take as many pictures as previous years. Typically, I try to get pictures of everyone, but I failed this year. I also planning to take a picture of each course, but also failed in that regard. 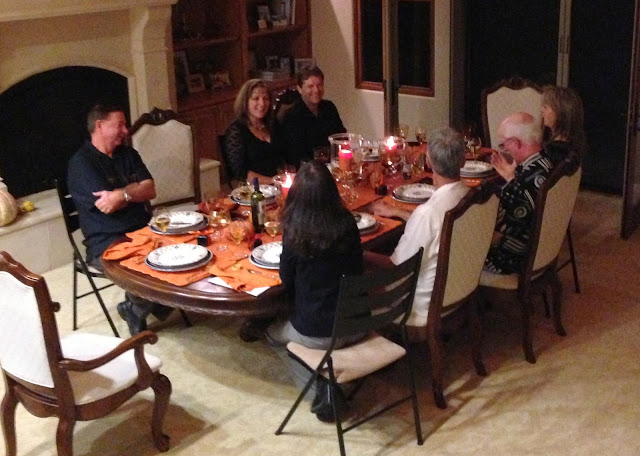 Surprisingly, we ended up watching Dinner for One and two SNL Justin Timberlake videos after dinner. We had not planned to show the videos this year, but got several requests.