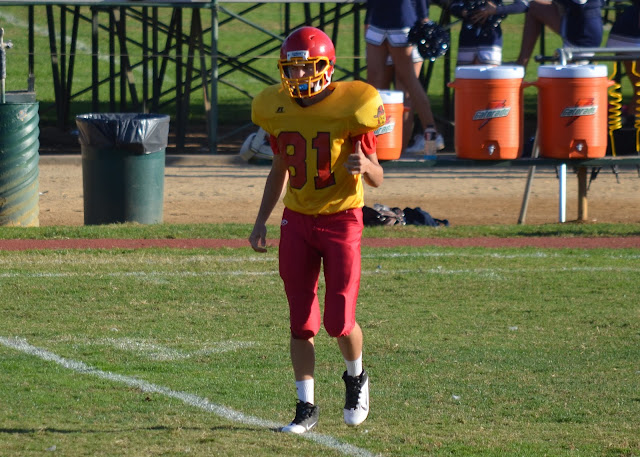 Playing their eighth game of the season, the Jesuit Marauders faced the Vista Del Lago Eagles at Jesuit High School. Vista Del Lago is a newer high school in Folsom in the Empire Ranch area. This was their third Delta River League game.

Vista Del Lago scored first to lead by the score of 6 to 0 at the end of the first quarter. Jesuit responded with a second quarter touchdown to lead 7 to 6 at half-time.

Jesuit scored two third quarter touchdowns and held a 20 to 6 lead at the end of third quarter. I think that this is the first time since the first game of the season six weeks ago that Jesuit has ever lead by more than one touchdown.

Playing free safety, Jack intercepted a pass and returned it 32 yards for a touchdown early in the third quarter! He made a nice leaping catch and then a smart cut back to pick up a couple of blockers. This increased the Jesuit lead to 27 to 6.

Vista del Lago scored one more touchdown in the four quarter. Jesuit won the game by the score of 27 to 14.

The Jesuit Marauders frosh football team now has a record of 5 wins and 3 losses. The game log is here.

At this point in the season, the Marauders have a large contingent of walking wounded, including the first and second string quarterbacks. Several more boys were injured in this game. I am actually going to write a longer post on the subject in the next two weeks.

On Monday, Jack missed his first practice of the season when Sharon took him to the orthodontist. Unfortunately, the coaches instituted a new defense that day. When Jesuit went up by two scores, Jack finally got a chance to play. In addition to playing tight end on the punt and PAT teams, he played free safety more than any game since week 1 and got a couple of reps at wide receiver. With a little more playing time, Jack finally got his hands on the ball and scored.

The two teams ended up playing a fifth quarter for the boys that had not played in the first four quarters. The team is so depleted due to injuries that they ended up playing Jack at tight end on all of the offense sets. Jack had a nice catch in traffic for a touchdown during the fifth quarter. It will be interesting to see if they use him at tight end in the last two games. 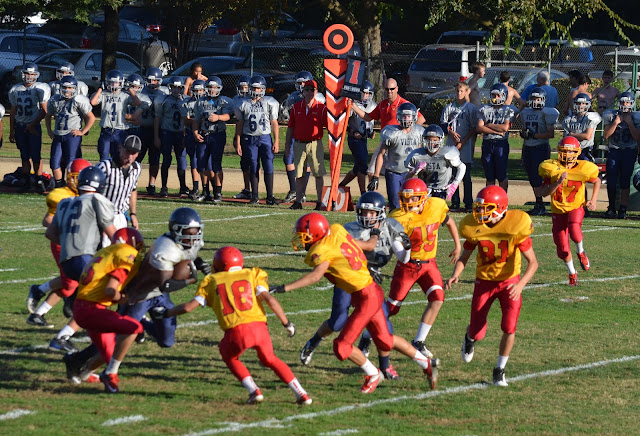 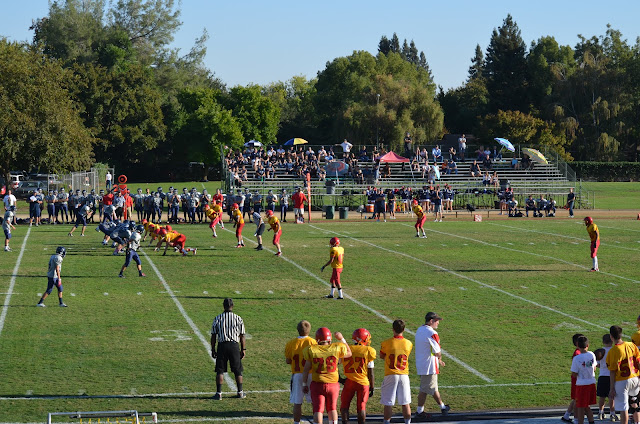 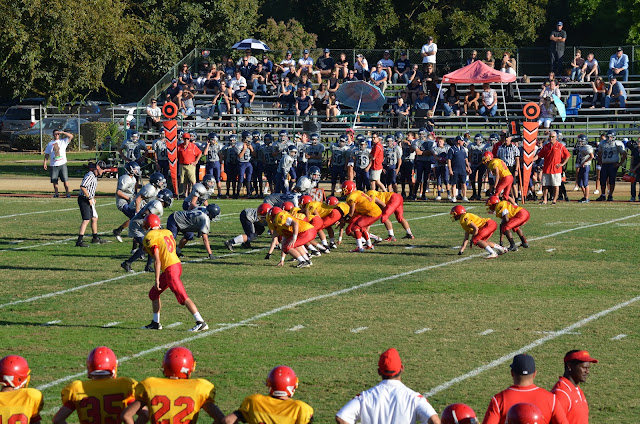