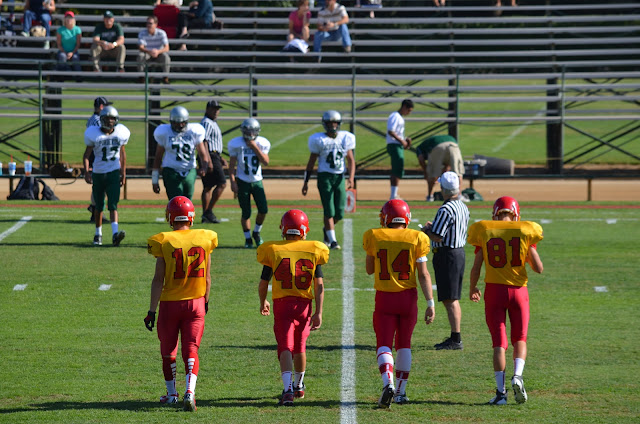 Playing their sixth game of the season, the Jesuit Marauders faced the Ponderosa Bruins at Jesuit High School. After five road games, this was their first home game. This was also their first Delta River League game.

Neither team was able to generate a consistent offense throughout most of the first half. Ponderosa scored with about two minutes left in the half, but failed on the two point conversion attempt. Jesuit then scored on a 44 yard pass from Kelly to Jacob [one of Jack's classmates from SEAS] to take the lead at half-time by the score of 7 to 6.

The Marauders scored in the third quarter to stretch the lead to 14 to 6. They squandered a couple of other scoring opportunities in the second half: throwing an interception inside the Ponderosa 10 yard line and driving to the 2 yard line but failing to convert.

The Marauders won the game by the score of 14 to 6. They now have a record of 4 wins and 2 losses. The game log is here.

Jack was one of the captains for the game. After falling to third string and not playing in weeks two and three, Jack has climbed back to second string free safety and seen playing time the last three weeks. Jack played more this week than any game since the one against Rio Americano. He also played on the PAT team.

The Marauders will face Folsom next week. Folsom has a record of 4 wins and 2 losses. 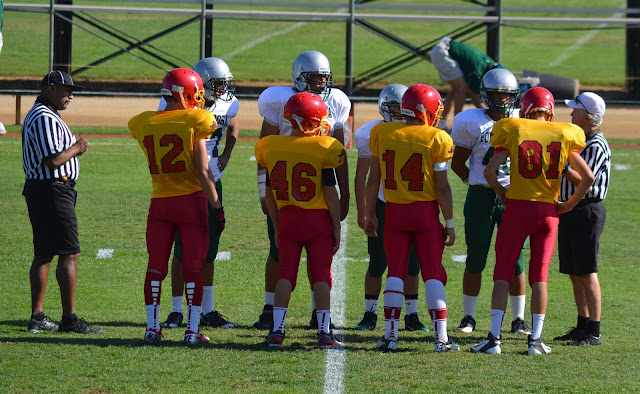 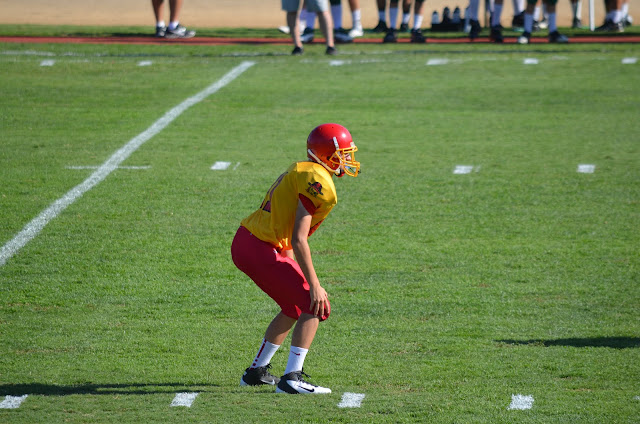 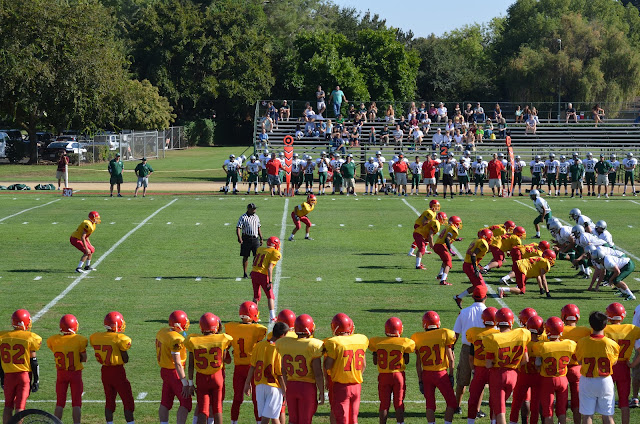 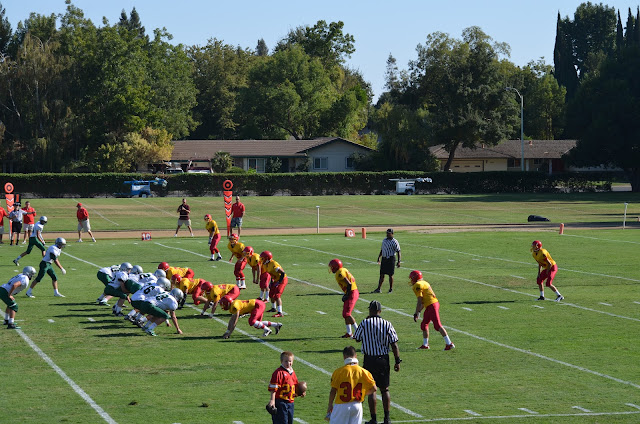