I started writing this post Saturday afternoon. Jack has been trying out for the Jesuit Frosh baseball team all week; six straight days, Monday through Saturday. [As a side note, as much baseball as he has played in the last five years, I can't remember a time when he practiced baseball six days in a row!] The coaches told the boys at the end of practice that they would be posting the team in the gym on Monday at noon. At that point, I texted a couple of the parents saying Alea iacta est (Latin: "The die has been cast").

Sitting in the kitchen Saturday evening catching up on the events of the day with Sharon, Julie called and said that an email had been sent out with a list of boys to report practice on Monday. Jack, Coop and AD all survived the first cuts. Unfortunately Michael did not. There is an additional group of basketball players and wrestlers who will be coming out this week. Depending on how many of them show up, there are probably 8 to 10 more cuts that will take place during the week of February 18. 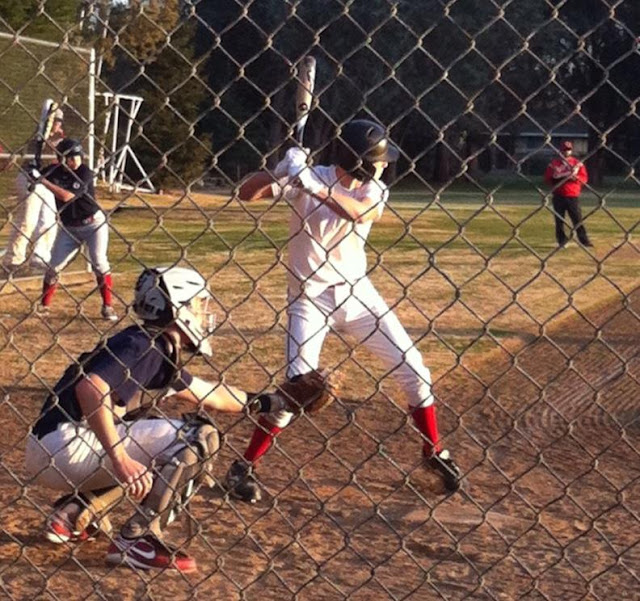 There is a scrimmage next Saturday, February 16 at 10 a.m. at Belle Vista.

Alea iacta est (Latin: "The die has been cast") is a Latin phrase attributed by Suetonius (as iacta alea est [ˈjakta ˈaːlea est]) to Julius Caesar on January 10, 49 BC as he led his army across the River Rubicon in Northern Italy. With this step, he entered Italy at the head of his army in defiance and began his long civil war against Pompey and the Optimates. The phrase is still used today to mean that events have passed a point of no return, that something inevitably will happen.
By Heringer at 2/10/2013 08:00:00 AM