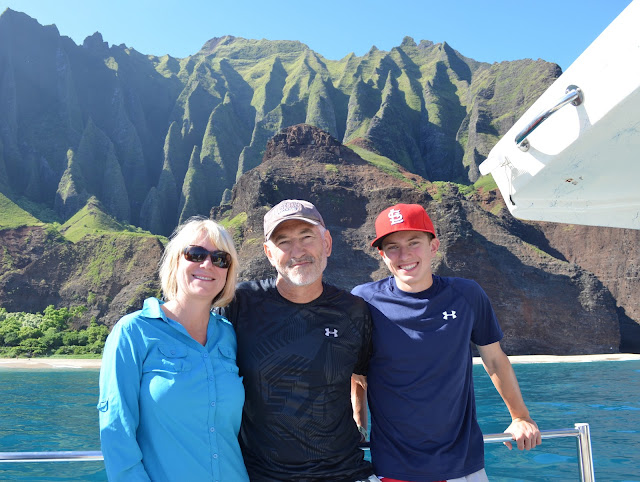 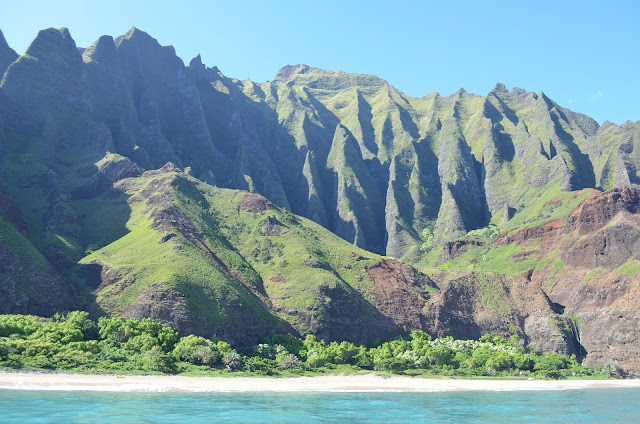 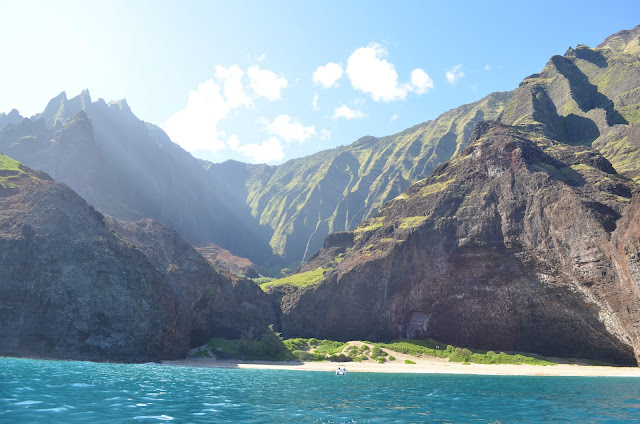 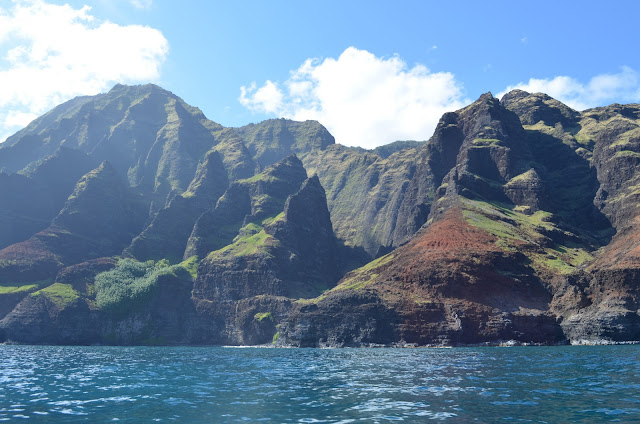 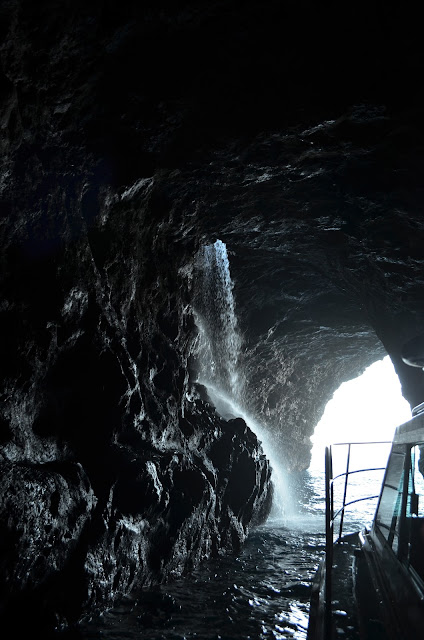 Another early morning. The plan for the day was to cruise and snorkel the Na Pali coast. We had to be at Na Pali Coast Catamaran at 6:45 am. We got there about 15 minutes early and walked around the corner to a small cafe for a quick bite to eat.

They loaded us in a van, took us to an outrigger and then shuttled us out to the boat. We spent the rest of the morning cruising along the coast. They took the boat deep into four different sea caves, including the second longest sea cave in the United States. It was a very cool trip. The scenery is unlike any that I think I have ever seen.

Just before lunch, they stopped off and we snorkeled off of one of the beaches. I am still trying to figure out the names of the caves and the benches. Just as I dropped off the boat into the water, a large sea turtle floated up and stared at me. We had a couple of sandwiches on boat after we were done snorkeling and then started back. It was about 1:00 p.m. before we reached the rental car.

After stopping at the hotel and changing, we spent the afternoon heading back to the eastern shore. We stopped at the Kilauea Lighthouse. This is a major bird sanctuary. From there, we drove to the Wailua Falls. Sharon has been wanting to drive up to these falls ever since the plane landed. Unfortunately, the falls were underwhelming.

We finished the evening with a very nice meal at Postcards. Sharon and I both had monchong for dinner. Sharon said that she thought that this was the best meal that we had on the trip.
Posted by Heringer at 5/31/2013 11:59:00 PM