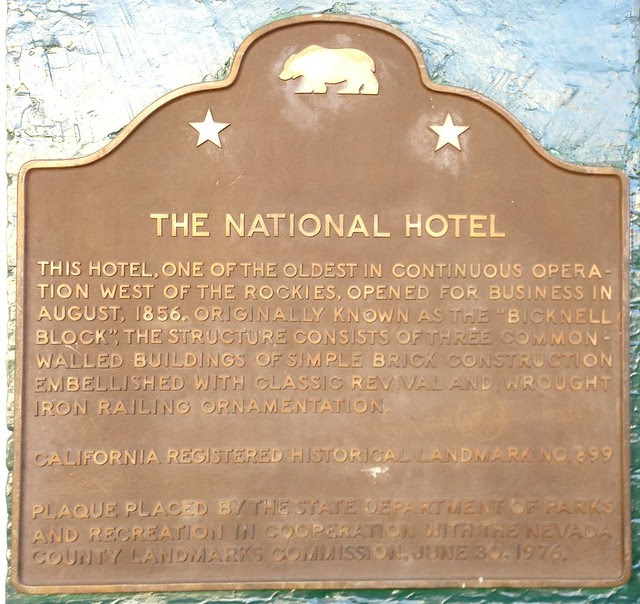 This hotel, one of the oldest in continuous operation west of the Rockies, opened for business in August 1856. Originally known as the "Bicknell Block," the structure consists of three common-walled buildings of simple brick construction embellished with classic revival and wrought iron railing ornamentation. 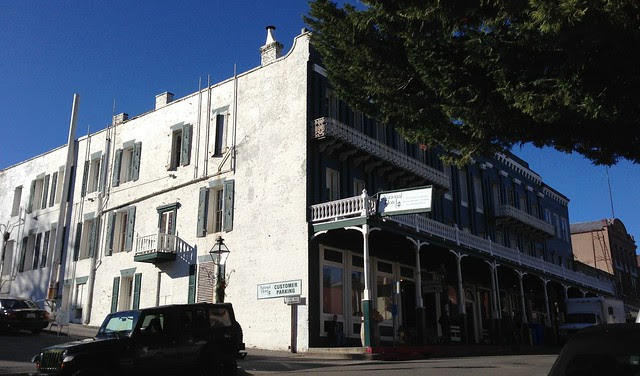 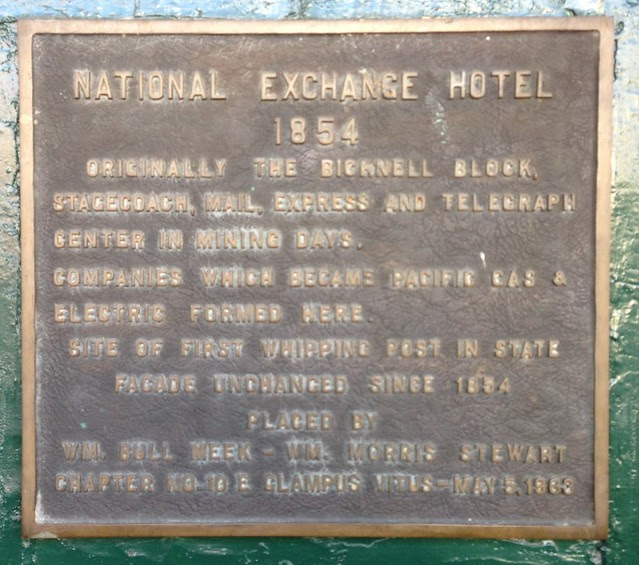