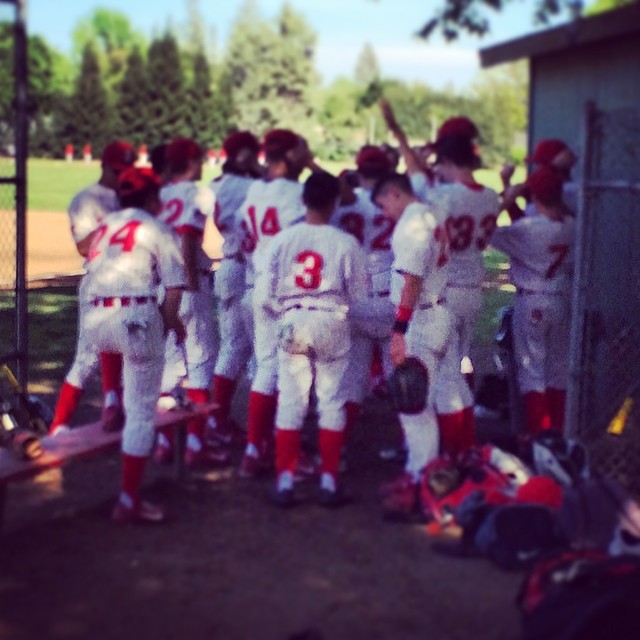 In the second game of a three game series this week, the Jesuit Marauders JV baseball team played the Ponderosa Bruins at Jesuit. They beat the Bruins by the score of 4 to 0 on Monday at Ponderosa High School.

Batting fifth, Jack was 2 for 2 with a walk, a stolen base, two singles and two runs scored. In his first at-bat in the top of the first with runners on first and second and two out, Jack drove a 2 and 2 pitch into right field for a single. Jack went to second when Iwasa was hit by a pitch, to third on Jonah's walk and scored on Christian's double. He walked on five pitches in his second plate appearance, but ended the inning at first when Iwasa flied out to left. In his third at-bat, Jack grounded a 1 and 1 pitch through the left side for a single. He stole second and scored on Kyle's single to right.

Playing sixth innings in centerfield, Jack had two put-outs. He made a nice catch on a hard line drive to right center.

Capitalizing on three walks and a hit batter, the Marauders scored five runs in the bottom of the first. Holding the Bruins hitless, the Marauders won the game by the score of 6 to 1. The box score is here and the scorecard is here.