I stopped briefly at this waymark while out for a morning run along The Embarcadero. 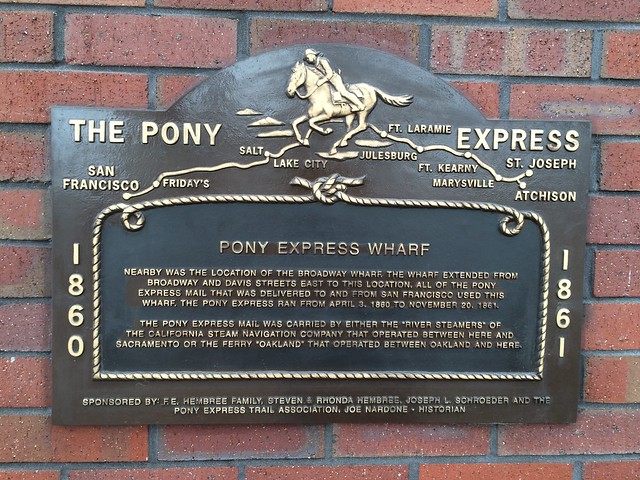 Nearby was the location of the Broadway Wharf. The wharf extended from Broadway and Davis Streets east to this location. All of the Pony Express mail that was delivered to and from San Francisco used this Wharf. The Pony Express ran from April 3, 1860 to November 20, 1961. 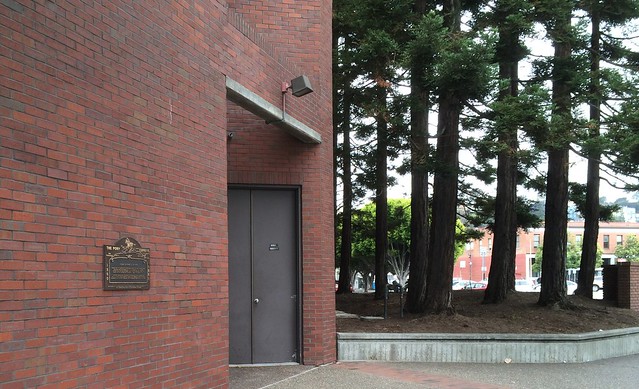