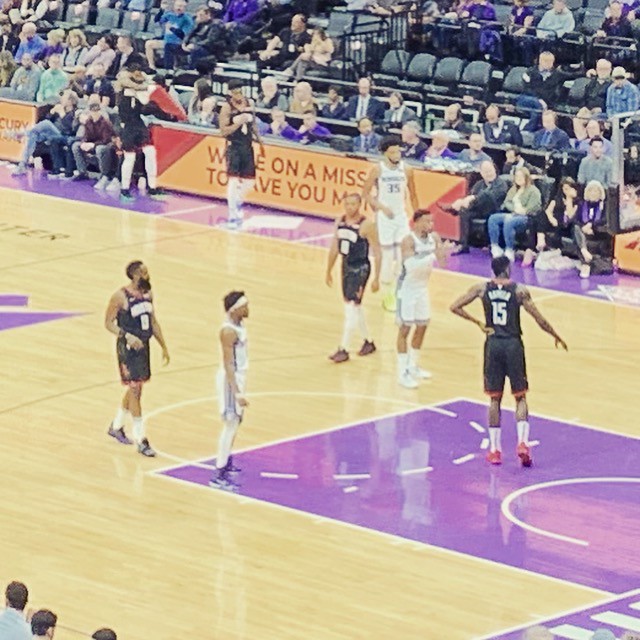 Larkin and I went to the Sacramento Kings versus Houston Rockets NBA game [Section 118, Row T, Seats 1 and 2]. I got two tickets for Sharon in section 117; she invited Jeana.

Behind by 10 points at the end of the first quarter and 16 points at half-time, the Kings never really got back in the game. The Kings lost by the score of 130 to 105.

James Harden was the high scorer for the Rockets. I enjoyed having a chance to watch him shoot threes and drive to the basket. Harden had 36 points on 12 for 19 from the field, 7 for 12 from three and 5 for 6 from the free throw line. He added 10 assists.

Buddy Hield was the high scorer for the Kings. He had 20 points on 8 for 16 from the field and 4 for 9 from three. Hield didn't get to the free throw line!?!

I rarely feel this way, but the refereeing seemed particularly one sided in the first half. Fox was called for a foul on a Harden three point attempt where the replay clearly showed that he didn't touch Harden.

At half-time, we wandered up and talked to Snipes. With the Kings trailing by more than 20 points, Larkin and I spent most of the fourth quarter visiting with Sharon and Jeana in the south end of the Arena.

I harangued Snipes at half-time about wearing a jersey. Tomasin and I have always said that no one over 16 should be wearing a jersey. Snipes explained that he was going to get the jersey signed by Fox after the game! 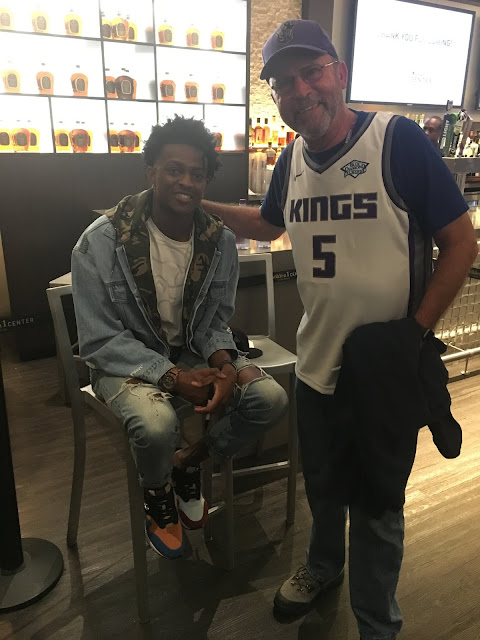 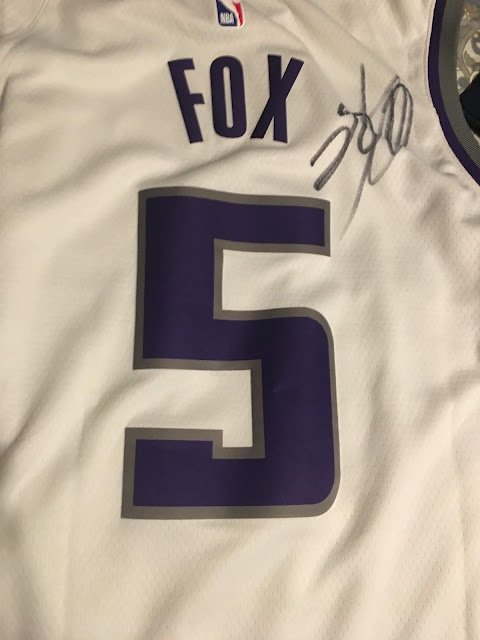