Larkin and I stopped here with Gainsley et al on day two of the 2019 Petersen Shootout. 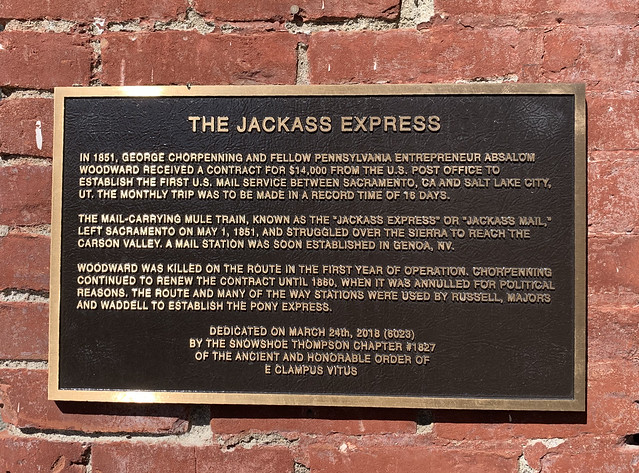 In 1851, George Chorpenning and fellow Pennsylvania entrepreneur Absalom Woodward received a contract for $14,000 from the U.S. Post Office to establish the first U.S. mail service between Sacramento, CA and Salt Lake City, UT.  The monthly trip was to be made in a record time of 16 days.

The mail-carrying mule train, known as the "Jackass Express" or "Jackass Mail," left Sacramento on May 1, 1851, and struggled over the Sierra to reach the Carson Vally.  A mail station was soon established in Genoa, NV.

Woodward was killed on the route in the first year of operations.  Chorpenning continued to renew the contract until 1860, when it was annulled for political reasons.  The route and many of the way stations were used by Russell, Majors and Waddel to establish the Pony Express. 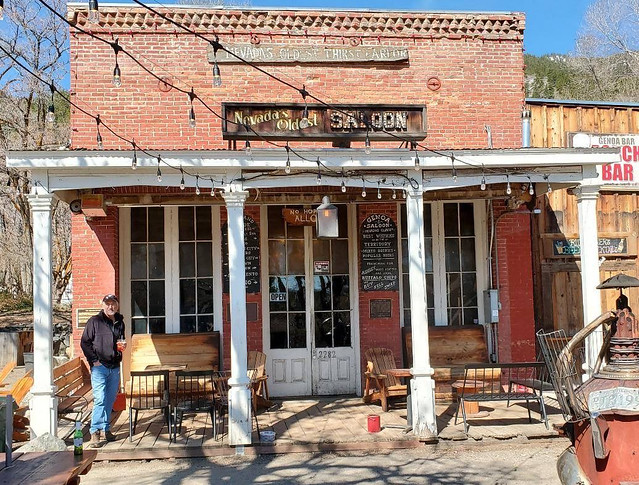