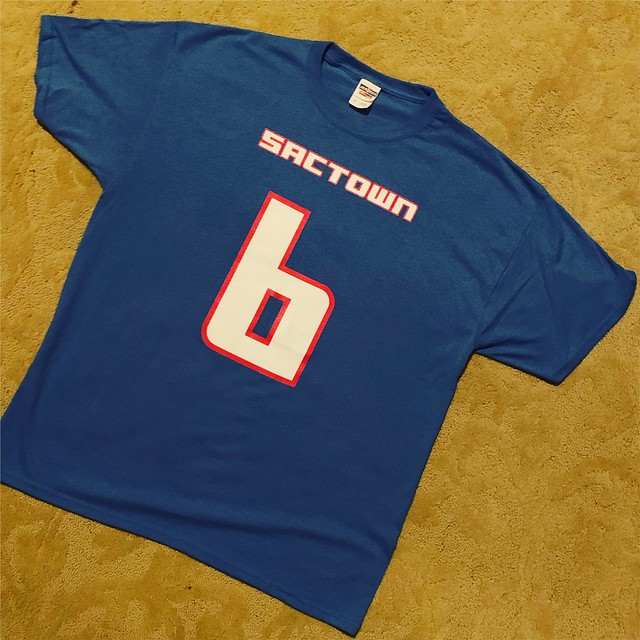 Larkin and I went to the Sacramento Kings versus New Orleans Pelicans NBA game. This was the last home game of the 2018-2019 season. We had dinner at the Burger Lounge before the game.

Leading by 10 points in the first half, the Kings fell behind by 15 points in the third quarter. They rallied to tie the game in the fourth quarter, but lost by the final score of 133 to 129.

Ian Clark was the high scorer for the Pelicans. He had 31 points on 11 fro 21 from the field, 7 for 15 from three and 2 for 3 from the free throw line. This was Clark's career high. In his five year NBA career, he has started eight games!?!

From my perspective, this was a very disappointing loss. The Pelicans were playing without Anthony Davis, Julius Randle or Jrue Holiday; these Pelicans players are averaging more than 20 points a game this season. The Pelicans had three players on the bench. This is a game that the Kings should have won going away...

At half-time, Larkin and I wandered down at talked to Hunter and Yuli. In one of those bizarre twists of fate, Loren is getting married in Tahoe City the same weekend as Drew's wedding in West Port.