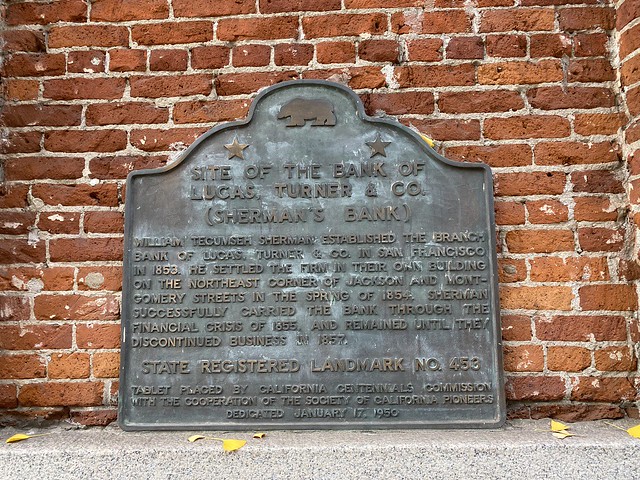 William Tecumseh Sherman established the branch bank of Lucas, Turner & Co. in San Francisco in 1853. He settled the firm in their own building on the northeast corner of Jackson and Montgomery Streets in the springof 1854. Sherman successfully carried the bank through the financial crisis of 1855, and remained until they discontinued business in 1857. 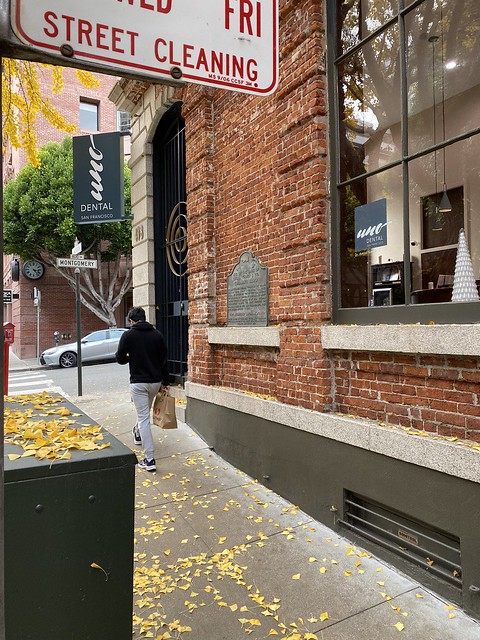