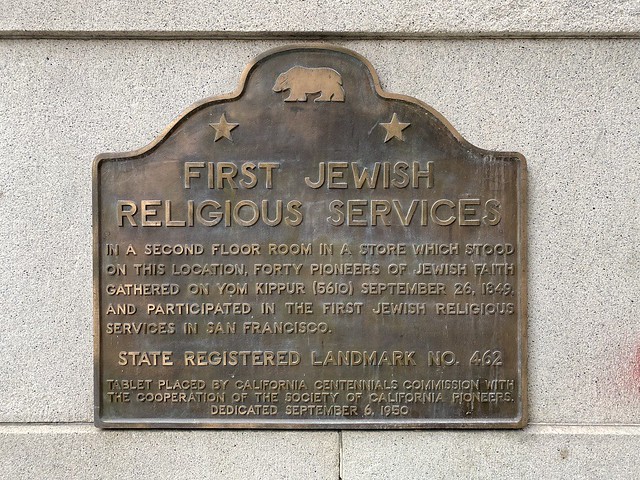 In a second floor room in a store which stood on this location, forty pioneers of Jewish faith gathered on Yom Kippur (5610) September 26, 1849, and participated in the first Jewish religious services in San Francisco. 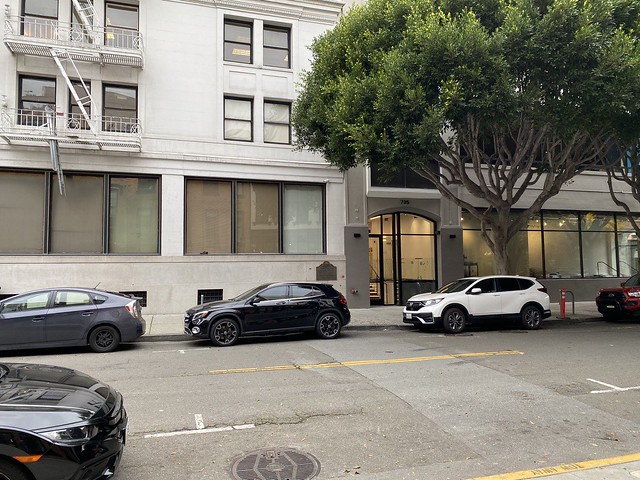