We had dinner with the Larkins on on Day 8 of our Sea Ranch trip. After being closed for several years, we are glad to see the lodge back open!

This marker is located at 60 Sea Walk Drive, Annapolis, California. The Sea Ranch Archives Committee has identified twenty-six historic sites scattered about The Sea Ranch. They have constructed trail markers with information explaining the significance of each place. They were placed as part of The Sea Ranch 50th anniversary being celebrated from Memorial Day 2014 to Memorial Day 2015. Since then, a number of architecture and landscape markers have been added. The GPS coordinates for this location are 38° 40' 49.7" N 123° 25' 44.1" W. 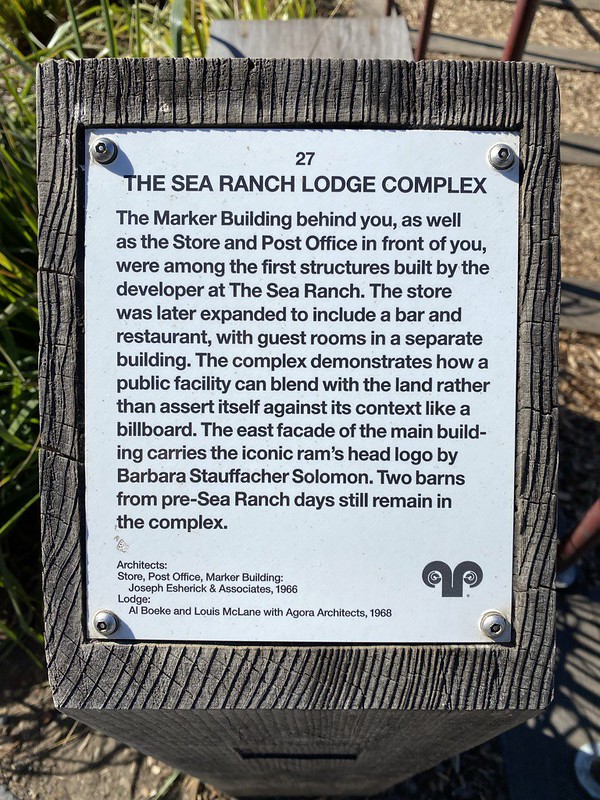 The Marker Building behind you, as well as the Store and Post Office in front of you, were among the first structures built by the developer of The Sea Ranch. The store was later expanded to include a bar and restaurant, with guest rooms in a separate building. The complex demonstrates how a public facility can blend with the land rather than assert itself against the context like a billboard. The east facade of the main building carries the iconic ram's head logo by Barbara Stauffacher Solomon. Two barns from pre-Sea Ranch days still remain in the complex. 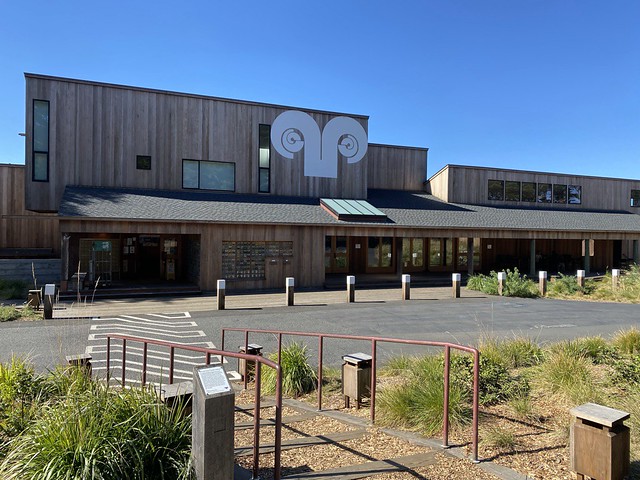