Up early, Larkin and I had breakfast in the hotel. Afterwards, we drove down to Raley's to get a few supplies for the day. When we got back, we swung by Rod's suite.

Jack and Drew slept late and had breakfast in the hotel. We scooped them up and headed towards the golf course about 10:45 am. The course for the day was Empire Ranch in Carson City. We have not played this course before. The format for the day was a shamble. 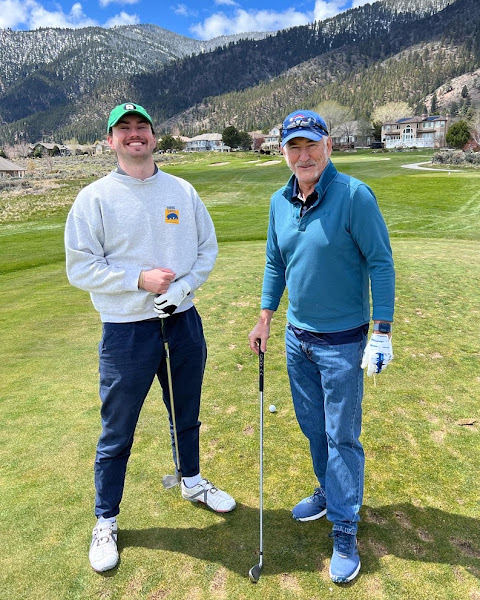 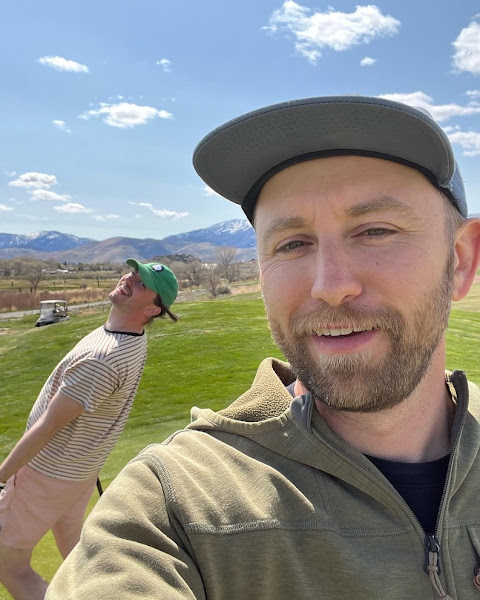 Uncharacteristcally, I decided not to hit any balls on the driving range; I was trying to save some of the wear and tear on my elbow. I struggled with my drives for several holes, but got things settled down. Even when I hit a solid drive, Jack and Larkin would out drive me by 10 to 20 yards. Taking advantage of their drives, I feel like I scored pretty well. I ended up with a 97, three pars and only one tripe bogey. 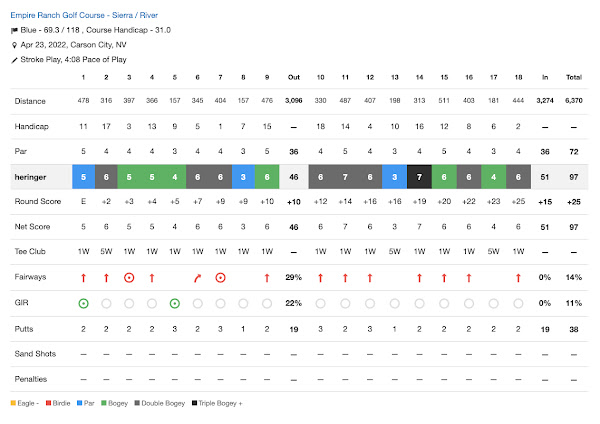 The course was in horrible shape. Someone said that it had been flooded with twenty feet of flood water about four or five years ago. The bartender took Jack that it was in the best shape in a long time!?! The weather warmed up enough in the afternoon that I actually took my top layer off.

Getting cleaned up back at the hotel, Larkin and I headed down to the banquet room and the hosted bar early. We grabbed a table of eight for our group plus Kevin's foursome.

I talked to Rod before the dinner because it seemed like there were a lot of new faces. As part of the initiation ritual, they ask first time players to tell a joke. A lot of people got up. Both Drew and Jack did a great job. Jack told the last joke of the night. He threw Rod under the bus with the punch line... I ended up winning $25 for Team Score (3rd place).

After the banquet dinner, the four of us spent some time wandering the casino floor. Drew played some video poker. While Jack hung out with the group until midnight, Larkin and I crashed before 11 pm.
By Heringer at 4/23/2022 11:59:00 PM