I starting talking last year about bringing Jack and Drew. We made it happen!

Drew spent Thursday night at our house. Drew, Jack and I rolled from Carmichael about 8:15 am. With a quick stop in Woodfords, we rolled up to the Genoa Lakes Golf Course at 11 am. In spite of the chains controls at Twin Bridges, we made fairly good time taking Highway 50 to 89 to 88.

Sitting at the bar eating a hot dog before the start, I had an odd mental experience. The song playing was Chris Isaak's Wild Game. She-Who-Must-Not-Be-Named and I had hung out in Genoa [December 1991?]. 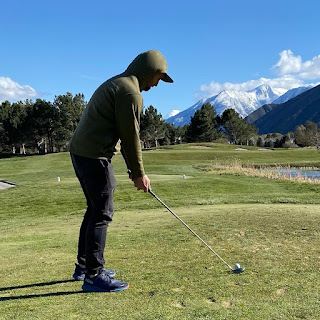 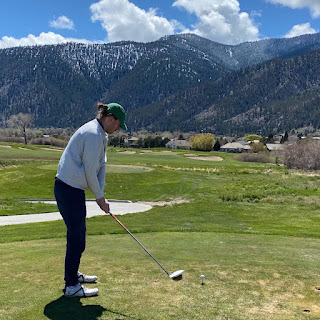 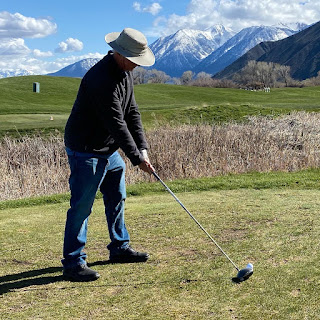 The shotgun start was at noon. Although I didn't play very well, I really enjoyed the day. I am still struggling with my elbow. I was really happy with how well Jack and Drew played. Jack took a lesson on Monday and was striking the ball very well. He is a much better athlete than I am. It got pretty windy and cold over the last few holes. I ended up shooting a liberally scored 113. 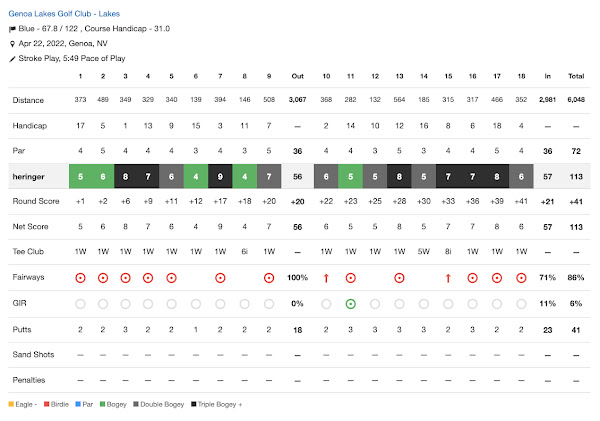 After golf, we headed to the Carson Valley Inn. The four of us walked to Khristopher's Ristorante for dinner. Larkin and I had a late dinner there in 2019. I had Chicken Fettucine, while Larkin had Lasagna. We ended up crashing fairly early.
By Heringer at 4/22/2022 11:59:00 PM