While we were in San Francisco in December, I did a walkabout and found eight different California Historical Markers, including: #88 Niantic Hotel; #90 Fort Gunnybags; #462 Site of First Jewish Religious Services in San Francisco; #408 Site of the the first Meeting of Freemasons held in California; #453 Lucas, Turner & Co. Bank; #192 El Dorado, Park House and Dennison's Exchange; #500 EASTERN TERMINUS OF CLAY STREET HILL RAILROAD; and, #119 PORTSMOUTH PLAZA. 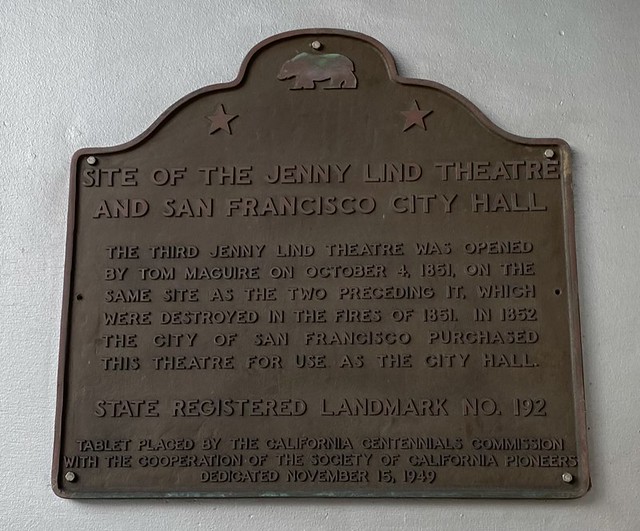 The 'El Dorado,' the 'Parker House,' and 'Dennison's Exchange' were among the most famous hotel and gambling resorts around San Francisco in the early 1850s. The Jenny Lind Theatre replaced the Parker House in 1850.

The third Jenny Lind Theatre was opened by Tom Maguire on October 4, 1851, on the same site as the two preceding it, which were destroyed in the fires of 1851. In 1852 the City of San Francisco purchased this theatre for use as the city hall. 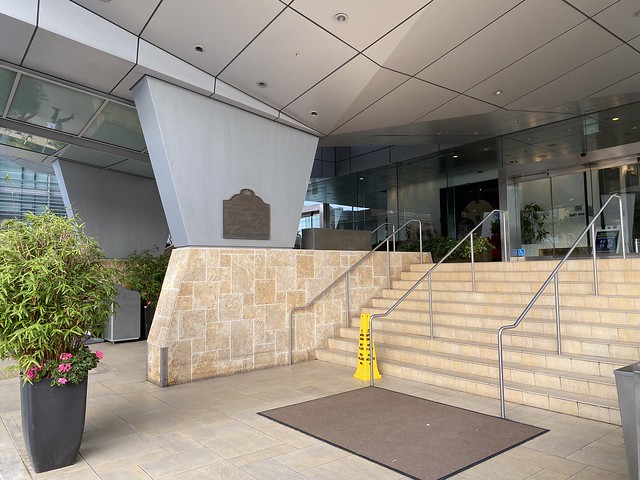