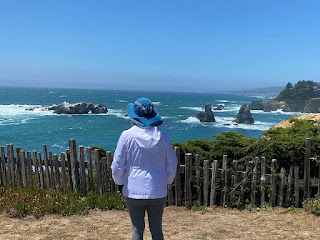 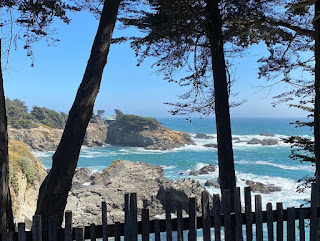 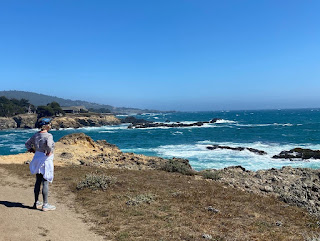 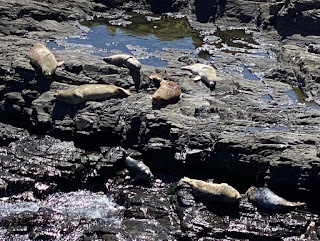 The Gainsleys rolled early. Donna was scheduled to fly to Las Vegas early Monday morning. After they left, Sharon and I watched the end of the British Open. Cameron Smith edged out Cameron Young and Rory McIlroy to win the Claret Jug.

After the tournament ended, Sharon and I headed into Gualala to get for some provisions for the week. Sharon did some shopping at Red Stella.

Back at house, I eventually got Sharon to go out for hike north along the buffs. We stopped and took a break just beyond Kyuka. In total, we covered 5.8 miles in just over two hours.

For dinner, I barbecued a spatchcocked chicken. I was pleasantly surprised at how well it turned out. We finished the night watching episodes seven and eight of The Offer.
By Heringer at 7/17/2022 11:59:00 PM