Heringer's in the Philippines, Day 1

It was a long trip with a four year old. We left home at about 7:45 a.m. on Sunday morning, drove to San Francisco and caught a 12:30 p.m. flight to Tokyo. Jack did pretty well, except for about a one and a half hour period towards the end of the eleven-hour flight when he was literally bouncing off the seats and walls.

We had about an hour and a half layover in Tokyo and then caught a flight to Manila. Jack crashed most of this four-hour plus flight.

There is a sixteen-hour time difference between Sacramento and Manila. We landed in Manila after 10:00 p.m. on Monday night local time. By the time we collected our luggage, passed through customs and traveled to Pat and Steve’s house in the village of Alabang, it was about 11:30 p.m. 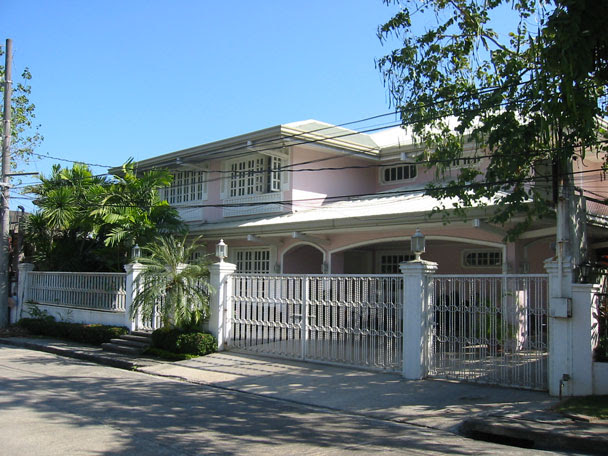 I made a great discovery on the last leg of the trip: San Miguel Beer. Pat showed up the airport with a six-pack of San Miguel which is brewed in the Philippines. After essentially traveling for almost exactly 24 hours and then downing four or five San Miguel’s in the van on the way to their house, I was ready for some sleep.
Posted by Heringer at 1/12/2003 12:00:00 PM