Heringer's in the Philippines, Day 3

Wednesday morning, Sharon, Pat and I went to Pat's health club and worked out. Sharon and I both ran on the treadmills.

Afterwards we headed to Southwoods, their country club. 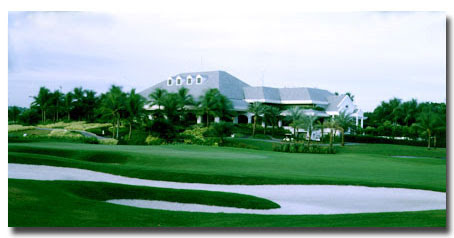 We dropped Jack and Pat's two youngest kids, Ryan and Briana, at the pool with Pat's nanny. Sharon, Pat and I headed for the clubhouse and had lunch (Japanese Tempura). We played nine holes of golf on the Legends Course. We had three philippino women for caddys. This was a unique experience for me; I had never played with a caddy before. Sharon and Pat used the caddys very effectively to help them read the putts. Unfortunately, I am too stubborn to accept this kind of help!

This was my birthday and we made plans to go out to dinner in downtown Manilla. One of the unique things about the Philippines is their vehicles. It is a poor country and there are very few personal cars. The most common things on the road are three wheel motorcycles and jeepneys!. 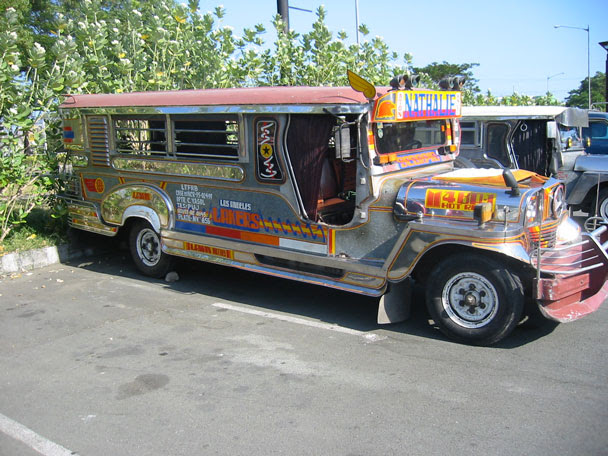 After World War II, ten thousand jeeps were left in the Philippines by the U.S. military. The Philippinos morphed these into a transportation infastructure that continues to this day. Each jeepney is decorated differently. 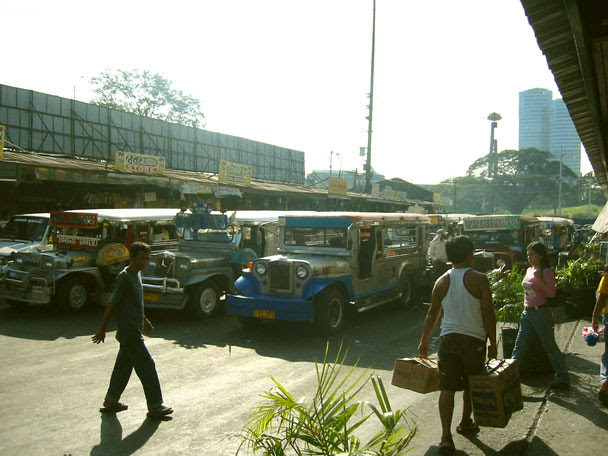 We went to dinner at a restaurant called Sala . Sharon and I had lamb shank and lamb tenderloin. One of the people who joined us for dinner was Australian and was expounding the virtues of Austrialian wines. We had a couple of bottles of Australian wine; I was not overly impressed.

After dinner, we went to the Hobbit House for drinks. As we stopped across the street from the bar, half a dozen drawfs ran out into the street to stop traffic. They wanted to make sure that we were going to the Hobbit House and not one of the other local bars. The place is owned and staffed by drawfs. By the time, we got to the second drink it was after midnight and I was virtually falling asleep in my beer. It had been a long couple of days.
Posted by Heringer at 1/15/2003 11:59:00 PM