Heringer's in the Philippines, Day 5

After two late nights, we did not get up and going very early. We had a leisurely breakfast. Pat's household in the Philippines included a cook. Every morning, the cook would come out and ask us what we wanted for breakfast. At first, Sharon and I felt awkward ordering breakfast, but after a couple of days we got accustomed to the service. It was like staying at a very expensive hotel!

After the bank, Sharon, Pat, Jack and I headed out to Lake Taal. Pat's household also includes a driver and a minivan. Everywhere we went, we would just pile into the minivan with an ice chest. The driver took care of the rest! It was an interesting drive through the countryside with glimpse of some smaller towns and villages and a look at some local agriculture.

Lake Taal is the third largest lake in the Philippines. Lake Taal occupies the crater of an extinct volcano. The lake's uninhabited Volcano Island contains a small active volcano. 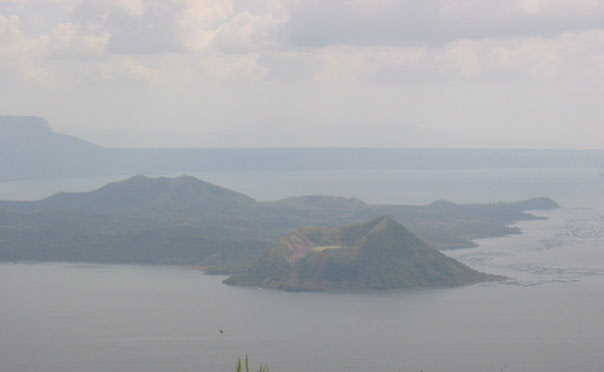 We had lunch at Josephines. The restaurant is located on the north crater rim and offers some great views. The menu includes meat and seafood in a variety of traditional Philippines styles. The four of us had seafood grill, blue marlin, tuna and barbecued chicken. 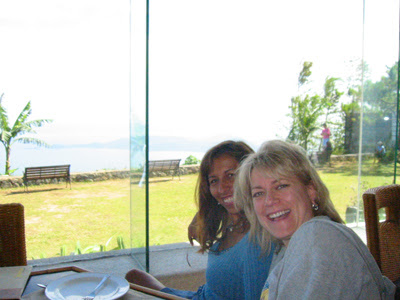 Friday night, we went to the top of a 31 story hotel for drinks. It offered great views of Manila bay and a view back towards downtown Manila. The air population makes for some spectacular sunsets. 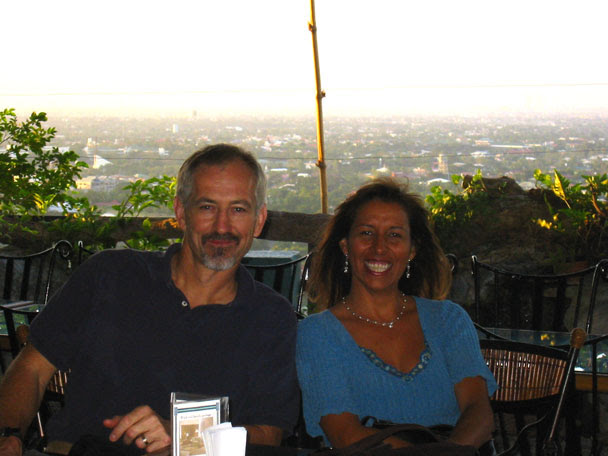 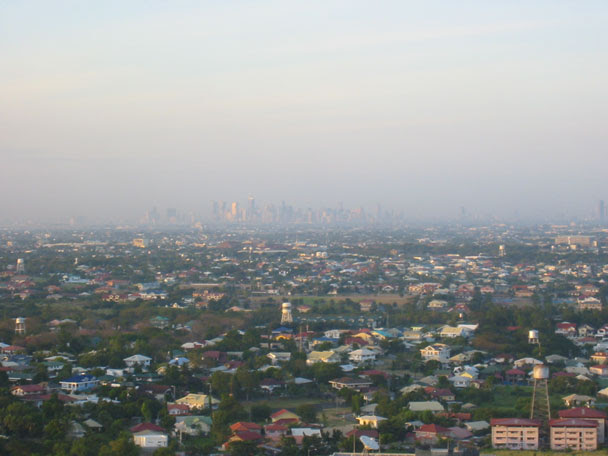 Pat's cook made lasagna for Dinner. Steve Funk and I ended up talking, drinking wine and listening to the Gladiators after dinner.
Posted by Heringer at 1/17/2003 11:59:00 PM