Sharon, Jack and I walked down to a place called the English Tea Room for breakfast. We had a pretty good meal of cinnamon rolls and mango and banana pancakes.

We had a 9:00 a.m. dive. Sharon, Pat and I went out for a morning dive with a dive company called Watercolors. The dive master's name was Randy. He was an American who had lived in Boracay for 20 years.

The dive was to 58 feet at Friday's rock. We fed the fish, including a cool orange Napoleon Wrasse. We swam against the current to a sponge with a clown fish and a crab. We finished the dive by drifting back and heading up the rope. 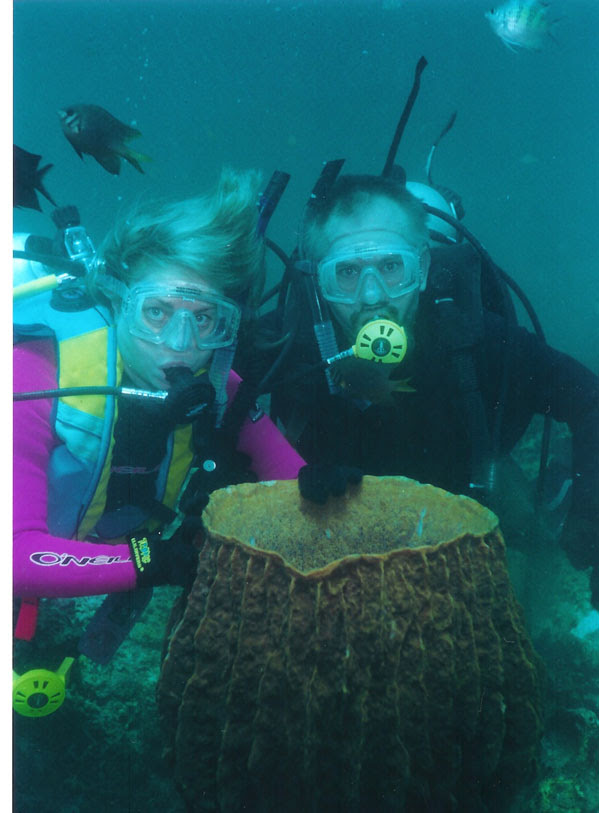 After the dive, we wandered pretty far down the broadwalk to a place called Calpyso for lunch. Afterwards, we walked with Pat all the way to the end of the broadwalk to another dive shop. Pat went out for an afternoon dive. Sharon, Jack, Ryan and I took a tricycle back to the Red Coconut.

Sharon went to a yoga class at a spa, while I laid around the pool with my book and had a few beers. Jack, Ryan and Briana had a great time playing in the pool. 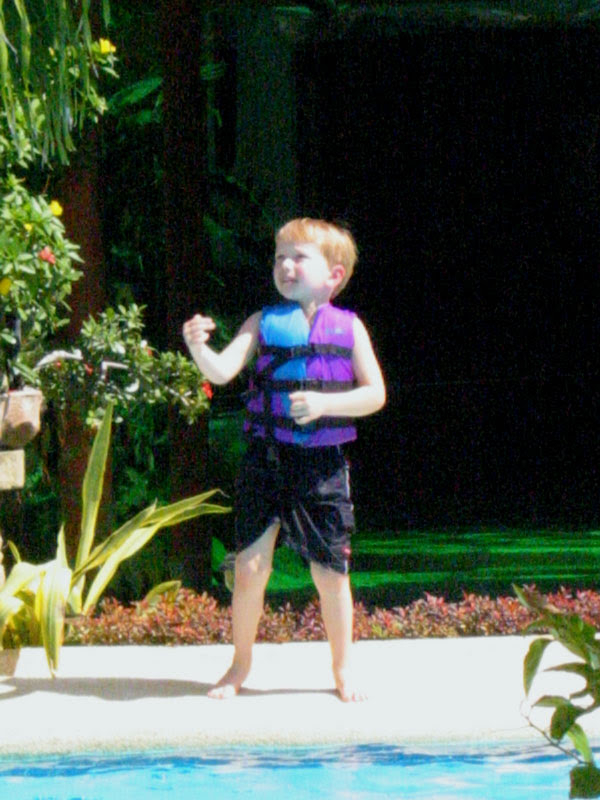 All of us had dinner at Gashoffs. This was kind of an interesting place; you picked your meal out of a big display case and then they cooked for you. Sharon and I had grilled fish and shrimp. The scene on the beach in front of the restaurant where we were eating was bedlam. They were setting up for a bikini contest. It got very loud and packed with people very quickly.
Posted by Heringer at 1/20/2003 11:59:00 PM