Heringer's in the Philippines, Day 9

I got up early and ran north on the beach for about 30 minutes.

Pat, Sharon and I went to the Fairways and Bluewater Golf Course to play 18 holes. One of my problems with golf is that the more I play, the worst I seem to get. This was the third time in a week that we played golf and it was the worst that I played. Like the previous two times, we had three philippino women for caddies. We walked the front nine. Along the fairways of the front nine, there were a number of condo projects that had been started in the late 1990's and then abandoned. By the time we finished the front nine, it was getting pretty warm. 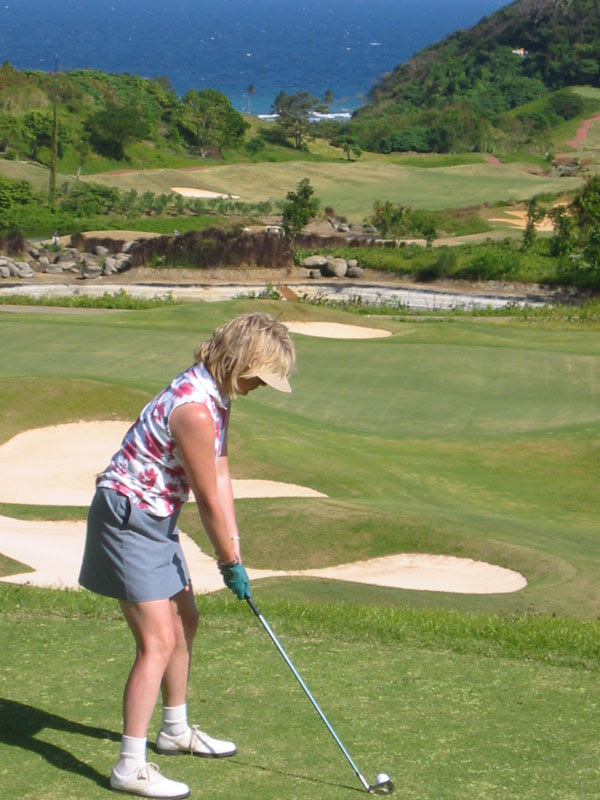 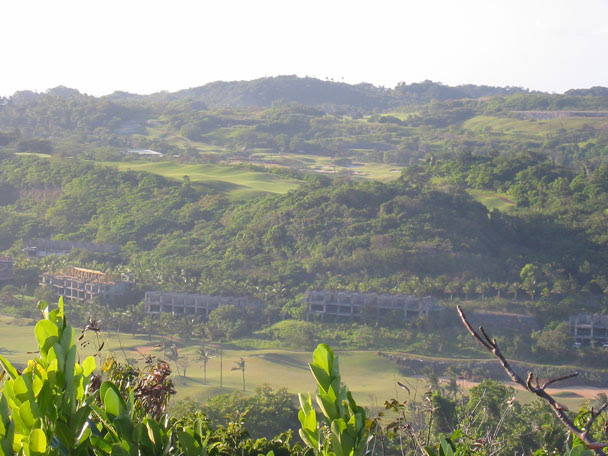 After golf, we sat on the patio at the country club and had beers and appetizers. The view of the coast was spectacular.

In the evening, we loaded up everyone (Pat, Ryan, Briana, Sharon, Jack and I) on a catamaran called the Tequila Sunrise and did a sunset cruise. We sailed from one end of the white sand beach to other. 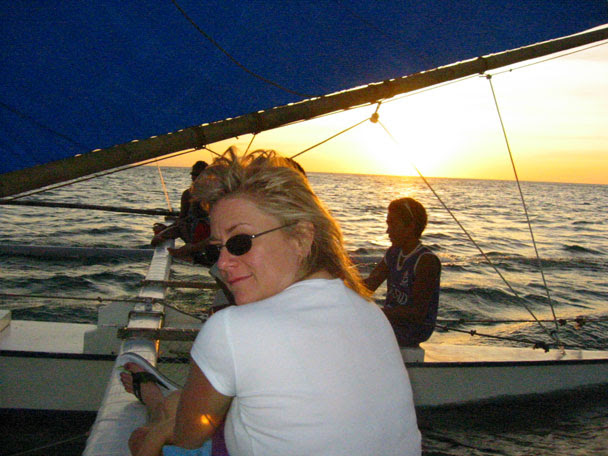 Timely service was not one of Boracay's strong points. Tuesday night all of us went to dinner at a Mexican restaurant called Manana. While we waited for our food, the adults drank mango margaritas and all of the kids fell asleep. It literally took and an hour and a half for us to get all of our food. It appeared that they only had one grill and were cooking the meals one at a time and were not starting on the next plate until they had finished preparing one.

Manana means tomorrow in Spanish. We were sure that it was going to be the next day before we got all of our food.
at January 21, 2003