Heringer's in the Philippines, Day 2

After breakfast, we started towards downtown of Manila. On the way, we made our first attempt to cash some travelers checks. When we travel, Sharon and I have always carried traveler's checks and have never had a problem cashing them. Well, at the first bank where I tried to cash the travelers checks, they looked at me like I was from another planet. This was the first chapter of what became a continuing saga for the next several days.

Known as Intraments, the center of Manila is surrounded by 50 to 60 foot high walls built by the Spanish in the 16th century. Most of this part of the city was heavily damaged by the allied bombing in War World II.

We toured the Church of Augustina. Built starting in the 16th century, the church was one of the few buildings that was largely untouched by World War II bombing. The Church and the surrounding area had a very European feel. 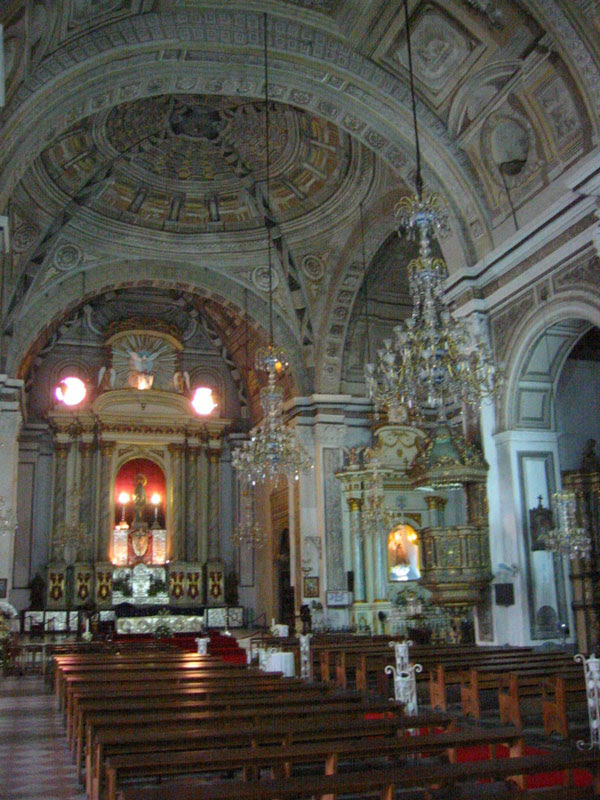 Adjacent to the church is the Augustinian monastery. It includes the San Agustin Museum which houses two floors of regilious art from the Spanish colonial period. We also wandered around through the gardens behind the church for a while. 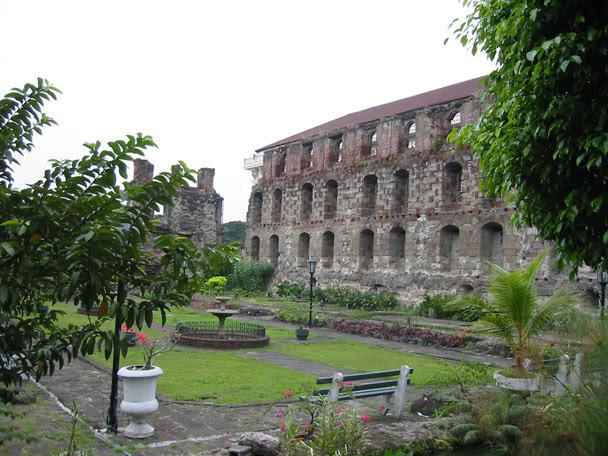 We got our first taste of local food (some kind of chicken aparagus and ham and cheese sandwiches). Jack had some spaghetti that had a huge amount of sugar in the red sauce. After lunch, we walked around and went into the Casa Manilla. The Casa Manilla is a restored Spanish colonial home that offers a look at the opulent and formal lifestyle of the Spanish gentry in the Phillipines during the 19th century. 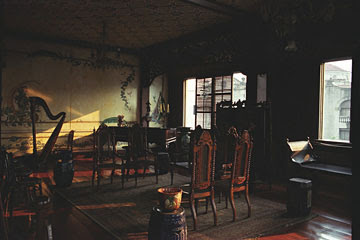 Afterwards we headed back towards Pat's house. I then had one of several surreal episodes during the trip. Pat took me to the local driving range to hit a bucket of balls. As we got set up at the range, Pat explained that a young girl will sit in front of you and put balls down for you to hit. It was as weird as it sounds. Add to this, the golfs ball were being picked up on the range by a half a dozen men walking with makeshift shields around themselves. The shields, almost little cages in one case, were of all shapes and sizes. The whole experience was very odd. Afterwards, she and I sat there and had a couple of beers while we waited for Steve Funk and the driver to pick us up and marveled at the scene going on around us.