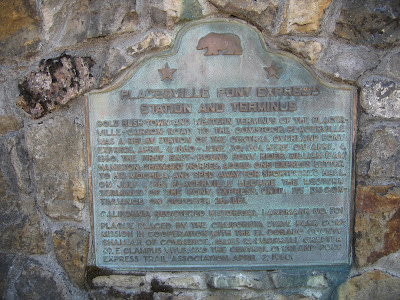 Gold Rush town and Western Terminus of the Placerville-Carson Road to the Comstock, Placerville was a relay station of the Central Overland Pony Express, April 4, 1860 - June 30, 1861. Here on April 4, 1860, the first east-bound pony rider William (Sam) Hamilton changed horses, added one express letter to the mochila and sped away for Sportsman's Hall. On July 1, 1861, Placerville became the Western Terminus of the Pony Express, until its discontinuance on October 26, 1861. 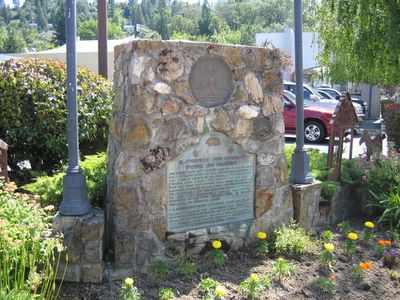