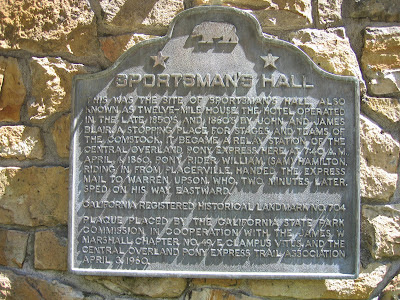 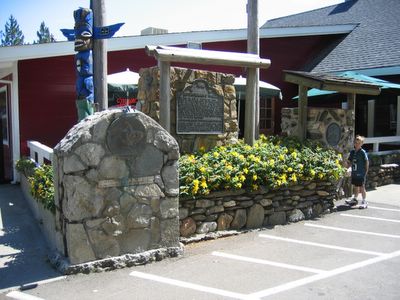 This was the site of Sportsman's Hall, also known as Twelve-Mile House. The hotel operated in the late 1850's and 1860's by John and James Blair. A stopping point for stages and teams of the comstock, it became a relay station of the Central Overland Pony Express. Here at 7:40 a.m. April 4, 1860, pony rider William (Sam) Hamilton, riding in from Placerville, handed the express mail to Warren Upson, who, two minutes later, sped on this way eastward.
Posted by Heringer at 6/25/2005 03:25:00 PM