A list of Pony Express Waymarks that I have visited can be found here. You can log your visit to this site at waymarking.com! 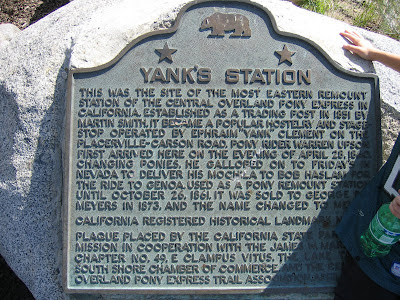 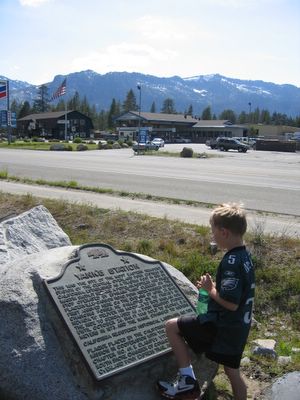 This was the site of the most eastern remount station of the Central Overland Pony Express in California. Established as a trading post in 1851 by Martin Smith, it became a popular hostelry and stagestop operated by Ephraim "Yank" Clement on the Placerville-Carson Road. Pony rider Warren Upson first arrived here on the evening of April 28, 1860. Changing ponies, he galloped on to Friday's in Nevada to deliver his mochila to Bob Haslam for the ride to Genoa. Used as a pony remount station until October 26, 1861, it was sold to George M. Meyers in 1873, and the name changed to Meyers.
Posted by Heringer at 6/25/2005 04:41:00 PM