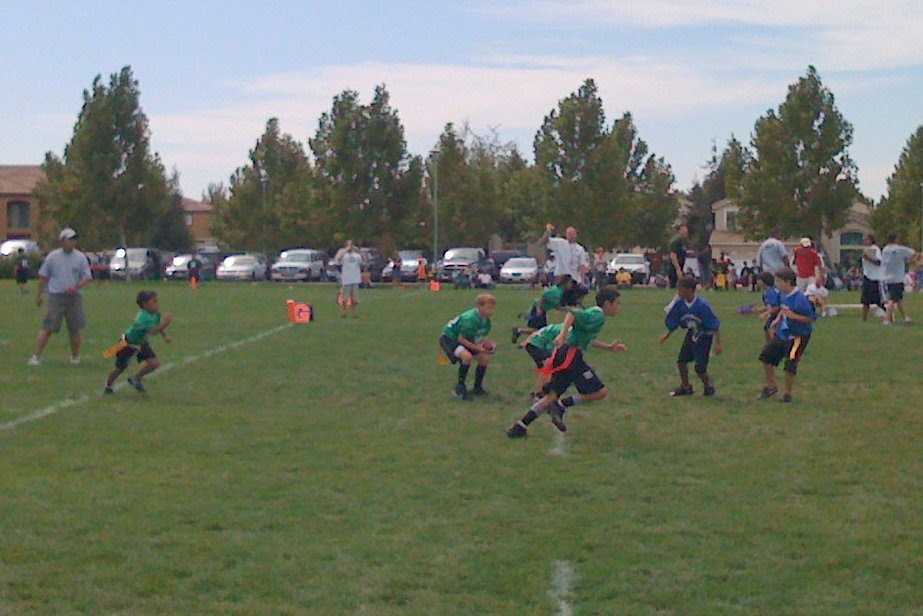 Both the flag football team and the Gunner Baseball Tournament team were playing at the same park in Elk Grove. After warming up with his baseball team and watching 1 1/2 innings from the bench, Jack changed into his football jersey and headed over to the football fields. Jack played in his second flag football game of the 2008 season.

In the first half, Jack played on defense. He had an interception which set up his team's first and only score. Jack had a number of nice "tackles."

Jack played quarterback in the second half. Quarterback is not Jack's best position. He is better suited to wide receiver; Jack does an excellent job adjusting his route to the ball once it is thrown and rarely drops anything that he gets his hands on. At quarterback, he tends to throw the ball into traffic and get frustrated when the other kids don't catch the ball.

At quarterback today, Jack was 4 for 10. The team had one nice drive almost the length of the field in the second half, but could not get the ball into the end zone.