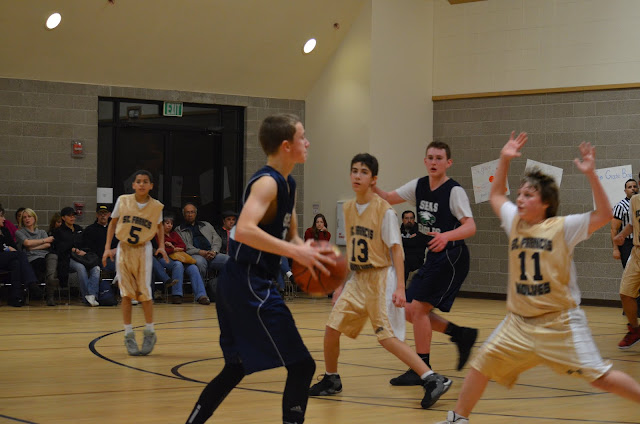 The SEAS Eagles played St. Francis in their third league game of the season. The Eagles have not faced St. Francis in the last two years. Like last week, they were missing a number of players. The starting power forward and two bench players were ineligible.

Jack got two quicks fouls in the first quarter. He ended up sitting for a long stretch at the end of the first quarter and the start of the second quarter. Jack ended up playing 20 minutes of the 28 minute game. He had 7 points on 2 for 3 from two point range, 1 for 3 from three point range and 0 for 2 from the free throw line. Jack added 4 rebounds, an assist and a steal with two turnovers and two fouls.

The Eagles had trouble getting going in the first quarter. At the end of the first period, SEAS was leading by the score of 13 to 7. Leading 19 to 9 at half-time, the Eagles blew the game open in the second half outscoring St. Francis 27 to 4.

SEAS won the game by the score of 46 to 13. This is there widest margin of victory this season. The box score is here.

The Eagles now have 7 wins and 3 losses for the season. The game log is here.

SEAS will play St. Patricks [Coop's team] next Friday night in league and then Holy Rosary in the opening round of the Christian Brothers Tournament on Saturday. 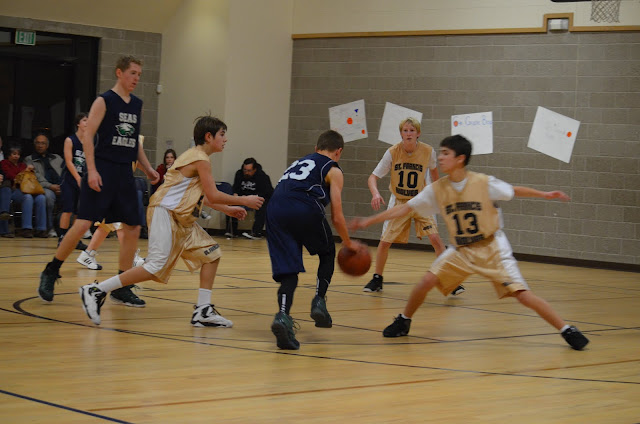