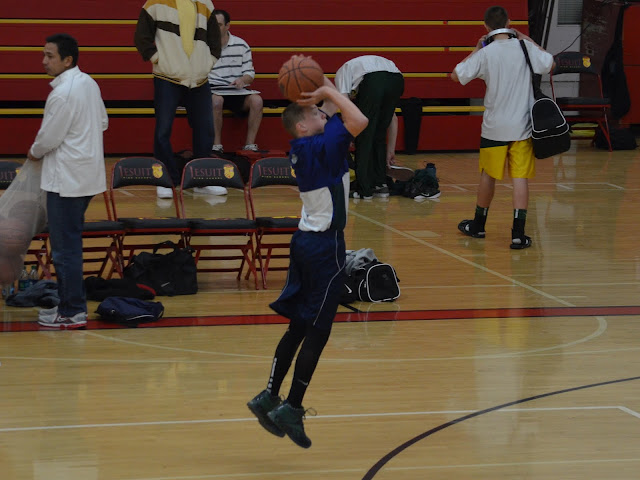 After two baseball games on Saturday morning, Jack and I took off for Jesuit High School. The SEAS Eagles played Sacred Heart in the second round of the PAL Varsity Comp year-end tournament. The Eagles beat the Panthers a little over a week ago in the last league game of the season. Sacred Heart is the lowest ranked team still in the tournament; they were seeded 11th, while SEAS was seeded 3rd.

Jack struggled with his shot both from the field and the free throw line. Although Jack will swear that it was not due to the baseball games in the morning, I can't help but wonder if that didn't take a little out of him. Jack played 26 minutes of the 28 minute game. He had 7 points on 2 for 6 from two point range, 0 for 2 from three point range and 3 for 10 from the free throw line. With his shot not falling, Jack started driving to the basket and getting fouled. Unfortunately, he missed the front-end of a number of 1 and 1's. Jack added 11 rebounds, 2 assists and 2 steals with 4 turnovers and one foul.

At this point, SEAS took a time-out. As the players turned to come back on the court, I was astonished by the feral look on Jack's face. SEAS immediately ran off several quick baskets and opened up a 9 point led at the end of the third quarter. The Eagles then buried them in the fourth quarter; they outscored Sacred Heart 17 to 2.

The SEAS Eagles now have 13 wins and 5 losses for the season. The game log is here. 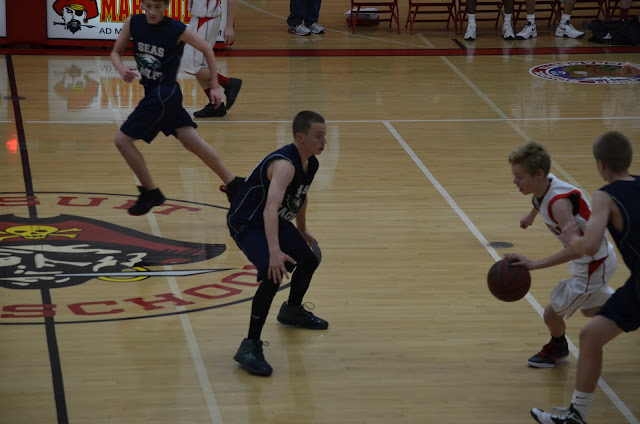