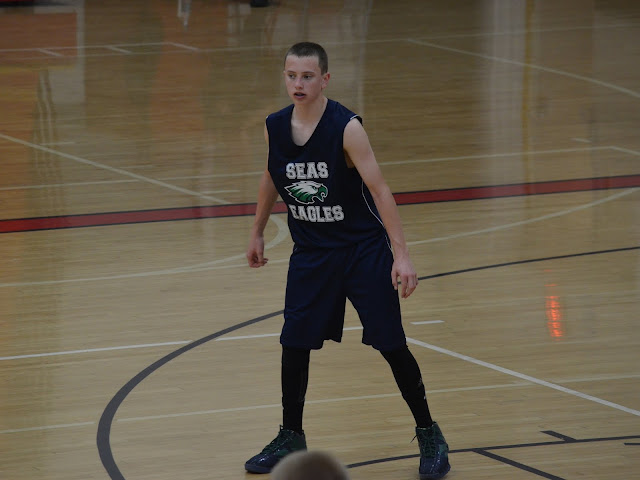 Jack played 27 minutes of a 28 minute game. He had 8 points on 0 for 3 from two point range, 2 for 3 from three point range and 2 for 2 from the free throw line. Jack made a couple of very nice drives to the basketball, but each time the ball rolled around and out. He added 3 rebounds and 1 steal with two turnovers and a personal foul.

The Eagles trailed from the start. At half-time, St. Ignatuis led by the score of 25 to 15. The Eagles made a nice run at the start of the third quarter. Jack hit a three and SEAS only trailed by 3 with the score at 25 to 22. Unfortunately, they just couldn't make their shots. Excluding Jack and Andy, the rest of the team shot 4 for 24 (16.7%).

St. Ignatuis won the game by the score of 39 to 27. The box score is here. St. Ignatius moves on to the finals on Monday night, while SEAS's season ends.

The SEAS Eagles ended the season with 13 wins and 6 losses for the season. Four of those losses were to St. Ignatius. The game log is here. Of the 20 different teams that the Eagles have played in the last three seasons, the Tigers are the only team that they have never beat.

Jack was more upset after the loss than I have ever seen him after any other loss in any other sport. It is poignant to think that this may be the last time we ever see him play competitive basketball. With high school looming in August, I don't think that he is going to try out for basketball. 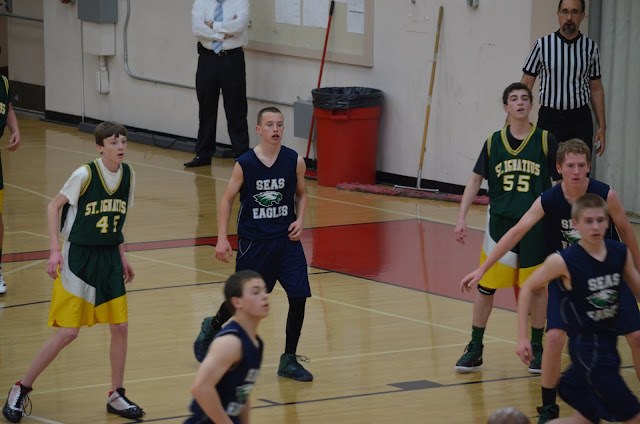