I wandered by here while we were in San Diego for the USTSA World Series in last July.

Three generations of Don José María Estudillo's family made their home in Casa de Estudillo. Rich in historical background, the casa is often pointed out, erroneously, as Ramona's marriage place.

Construction of the most famous Old Town adobe began in 1827 and was completed in 1829 by Captain Jose Maria de Estudillo, commander of the San Diego presidio. When he died in 1830, the house passed to his son, Jose Antonio Estudillo, who served as revenue collector, treasurer, alcalde, and judge of San Diego under Mexican rule and later treasurer and assessor of San Diego County under American rule. He married Maria Victoria Dominguez and their family lived there until 1887. The original adobe home was restored in 1910 with funds provided by the Spreckels family, under the direction of Architect Hazel Waterman; it was donated to the State by Mr. Legler Benbough; furnishings were provided with the assistance of the National Society of Colonial Dames of America. For many years, the building was mistakenly known as "Ramona's Marriage Place" from Helen Hunt Jackson's novel. The museum now features furnished rooms and a working kitchen and large courtyard.


picture of Casa de Estudillo from 1872 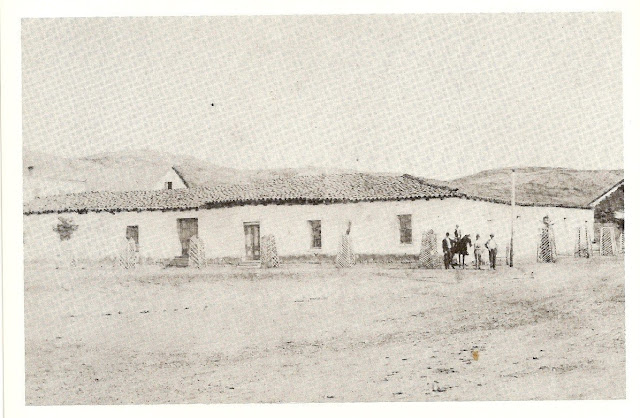 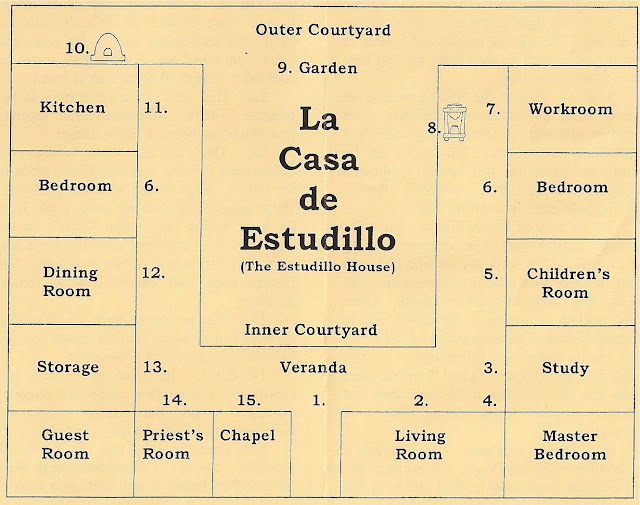